Exporting your way to successful growth

Canadian food manufacturers can no longer sit on the fence when it comes to global expansion. Slow domestic growth, a demanding retail channel and product commoditization have elevated exporting to one of the best ways to maintain growth. Even so, a global expansion strategy like this is not for the unprepared or cavalier. How can food manufacturers prudently tap into new international markets without incurring undue risk?

Consider two complementary strategies: 1) choosing the right export market and channel; 2) conducting the research when it comes to trade agreements.

Look beyond the U.S.

While the U.S. is an attractive market, it doesn’t have to be the default for export-minded firms. Although the language, customs and proximity are appealing, there are still significant costs and risks. Leaders want to consider rapidly growing emerging markets instead. Take India, for example. The country has a population of over 1.2 billion people with a middle class approaching 267 million. It is quickly urbanizing and acquiring the trappings of a modern, Western-oriented consumer market.

Canadian food producers can win in India. Many are world-class manufacturers with deep knowledge of Indian consumer 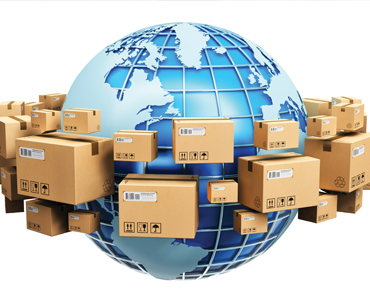 tastes (through serving them in Canada) and the ability to leverage the connections of a large Indo-Canadian community. Canada and India also share some important market similarities including: a common business language and legal framework, direct transportation links, and access to common professional services firms, such as Grant Thornton LLP.

India can be a challenging market though. As with other countries, import duties, taxes, transportation costs and a different business culture can complicate market entry and lead to innumerable delays. Furthermore, a new Made in India government campaign is encouraging firms to produce locally, potentially challenging foreign manufacturers. Nonetheless, performing due diligence, working with good local partners and having realistic expectations can help mitigate risk.

Pundits like professor Vijay Govindarajan and consultant Gunjan Bagla suggest that firms can prudently exploit growth opportunities by leveraging the country’s dynamic supply chain and by entering the market through online channels.

Manufacturing locally can help mitigate import and shipping costs, minimize hassle and appeal to a larger customer base — and satisfy made in India requirements. Where speed and low investment is paramount, there is a network of third-party contract manufacturers which can produce consumer goods for the local market.

Canadian exporters should not ignore the possibilities in India’s booming e-commerce trade. Approximately 130 million people will make an online purchase by 2016, up 76 per cent from 2015, and this growth is expected to continue for the next five years. Leading Western food sellers are already online. Amazon CEO Jeff Bezos has made India a top growth priority and  he projects that the country will be Amazon’s second largest global market by 2025. Importantly, pursuing these strategies doesn’t require the deep pockets of a multinational, but rather it requires being creative, agile and patient, and having a learning mindset.

“For companies entering new markets, particularly emerging ones, it’s a given that you won’t be doing business in the same way you’re used to in Canada,” says Jim Menzies, National Leader, Food and Beverage, Grant Thornton LLP. “You’ll want to understand the cultural and business practice differences and nuances that you’re going to encounter, in order to give yourself a fighting chance of success. Being open-minded and flexible are critical to making a go of it.”

When exporting, most companies focus their energies on marketing adroitly, delivering value and operating efficiently. Less  attention, however, is paid to the role of trade agreements. Trade deals are shaping markets and profits more than ever, and need to be strategically considered. This means thoroughly understanding the relevant laws and regulations, plus having a legal and political strategy to deal with them.

Consider the pending Trans Pacific Partnership (TPP) covering trade between Canada and 11 Pacific-based signatories (though not India). For its signatories, the TPP goes far beyond the  basic rules established by the World Trade Organization (WTO). Specifically, the TPP adds a variety of nontariff barriers, including technical regulations and health and safety standards. These types of barriers must be considered because they tend to be less transparent and more subjectively applied than tariffs. More worryingly, while tariffs are a tax on trade, nontariff barriers often result in a ban on trade.

The TPP also goes beyond the WTO into areas such as competition policy, intellectual property, investor rights and regulatory compliance. Since the application of the rules varies by industry and country, Canadian firms must garner specific advice on what is required to enter particular markets and mitigate possible risks.

Despite a complex and sometimes intimidating global marketplace, Canadian food manufacturers can significantly grow their business through exporting. When ready, be sure to choose the right market, leverage your existing assets, and most of all, be well informed from a consumer and risk perspective.

This article appeared in the print issue:November/December 2016 edition, Operations section 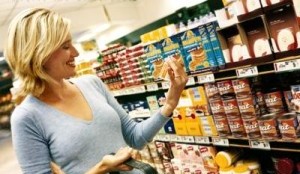 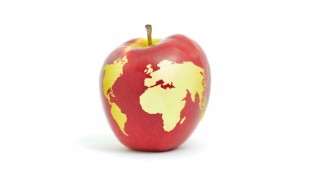