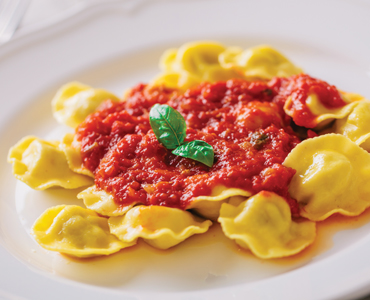 The market for weight management products has changed significantly in recent years. Sales of traditional “dieting” brands had been dropping points faster than the latest fad diet. Lean Cuisine by Nestlé S.A. hit a four-year low in 2013, while sales of Healthy Choice by ConAgra Foods Inc. and H.J. Heinz Co.’s Weight Watchers thinned 16 and 13 per cent respectively that year, according to a story on Bloomberg.com The high interest in health and wellbeing has shifted consumer thinking about “dieting” and its narrow focus on calorie, carb or fat reduction. Instead, consumers are taking a more holistic approach to their food, looking at its broader defining characteristics and considering its health attributes. Food manufacturers of weight management products have adapted to consumers’ changing views of dieting and found new meaning and opportunity in the category.

About 20 per cent of Canadians reported a height and weight ratio that classified them as obese, according to a Statistics

Canada 2014 survey. Canadians are not unusual – the percentage of people worldwide considered overweight or obese has shot up to 28 per cent in adults and 47 per cent in children over the past 30 years, according to a 2013 Global Burden of Disease Study, co-ordinated by the Institute for Health Metrics and Evaluation in the U.S. However, the percentage of consumers saying they are on a diet has decreased. For example, research from the NPD Group found the percentage of women reporting they are on a diet has dropped 13 points over the past two decades.

In a 2016 webinar on weight management, organized by FoodNavigator-USA, Rhonda Richardson of Nestlé S.A. says consumers are looking at their food differently and as a result, eating differently. “We’ve seen a shift from looking at the Nutrition Facts panel to being motivated by other types of nutrition, health and wellness claims,” says the nutrition communication manager.

“Our consumers are telling us they want foods that are produced responsibly or include specific ingredients or produced free from artificial colours, flavours and preservatives,” says Richardson.

Key findings in the Nielsen Global Health & Wellness Survey concur. The 2014 survey polled more than 30,000 consumers in 60 countries, including North America. It asked consumers about their body image, what steps they were taking and how health attributes in food drove their purchasing decisions. The report, released in January 2015, cited the top three most important drivers to these consumers were foods with “all-natural ingredients” and those without genetically modified organisms (GMOs); an absence of artificial colours and flavours; and, foods made from fruits and vegetables.

In addition, the trend of shorter ingredient lists with recognizable ingredients continues to hold influence. Food industry consultant Carol Culhane of International Food Focus Ltd., says it is a trend that has been around a while and one she sees increasing. Indeed, when most “dieting” brands were experiencing steep declines, Kashi’s frozen meals by Kellogg made of “wholesome plant-powered ingredients” saw a 12.8-per-cent sales increase in the fourth quarter of 2012, according to FoodNavigator-USA.

Embracing a holistic approach to food, consumers have eased up on discriminating against certain nutrients. Take fat, for instance. Nathalie Savoie, assistant director of Nutrition for the Dairy Farmers of Canada (DFC), says while fat in dairy continues to be viewed as “undesirable nutrient in dairy,” their data shows it is less of a concern. In fact, recent tracking data from DFC in early 2015 indicated fat as a concern in the diet was the lowest in 10 years, from 72 per cent of participants in 2010 to 52 per cent in 2015. “The increase of Canadian retail sales of butter, whole milk, cream and cheese is probably linked to both elements, that is, that fat is not feared as it used to be and that consumers are interested in foods that are less processed,” says Savoie.

Food manufacturers have an opportunity to revitalize the weight management category. New product formats that incorporate fruits and vegetables, fibre and protein appeal to those seeking a healthy lifestyle. As well, according to the Nielsen Global Health & Wellness Survey, manufacturers would do well to provide more education on health and wellness claims that are backed up with scientific support using package labelling or in-store signage or displays. Manufacturers need to help consumers cut through the clutter.

Brands that have adapted and thrived in this new reality include Lean Cuisine. In a complete reboot, Nestlé USA took the diet brand and revitalized the product and packaging. Last year, the company introduced various recipes that feature no GMO ingredients, no preservatives, organic ingredients, whole grains, vegetables, and high protein. An example from the new Lean Cuisine Marketplace line includes Ricotta Cheese & Spinach Ravioli that is not only high in protein, but meatless, organic and contains no preservatives.

In addition, Nestlé USA launched a social media campaign in January aimed at changing the perception of Lean Cuisine as a diet brand to a health and wellness brand. The #WeighThis campaign consisted of an emotional online video that got to the heart of the issue: a person’s life and accomplishments were far more important than a number on the scale. According to 360i, the digital agency that created the video, the #WeighThis campaign was “an integral part of Lean Cuisine’s holistic turnaround in product and strategy and contributed to the brand seeing its first sales increase in nearly six years.”

The market for weight management products has changed as consumers seek a healthy lifestyle, rather than one of deprivation. Brands that position themselves as helping with wellness goals, yet deliver taste and convenience, are seeing a turnaround in the category.