Is the end of meat near?

Not quite. But the meat industry is starting to diversify to meet changing consumer demand 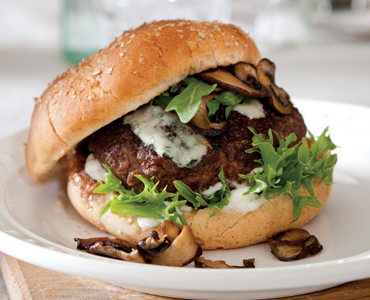 Last fall when the largest U.S. meat company, Tyson Foods Inc., bought a five-per-cent stake in Beyond Meat, a California start-up in the plant-based meat alternatives market, one might conclude that mock meat was here to stay. That conclusion would be correct, as more companies race to meet the growing demand for meat substitutes — projected to reach US$5.96 billion by 2022, at a compound annual growth rate of 6.6 per cent from 2016, according to research firm Markets and Markets. To meet the changing demand in protein consumption, traditional meat companies are offering their own meat/plant blend as well as plant-based protein products.

According to Statistics Canada, per capita consumption of beef and veal has been showing steady declines. For example, in 2015 Canadians were eating24.4 kg of beef per person, per year versus 30.3 kg in 2005. However, chicken and turkey have held their own, with chicken consumption jumping from 30.7 kg per capita in 2005 to 31.9 kg in 2015.

Explaining the reason for chicken’s popularity, Robin Horel, president and CEO of the Canadian Poultry and Egg Processors Council, says that in Canada, “it’s predominately health-driven.” But other factors have worked in chicken’s favour, including good records on animal health, animal welfare and food safety, its convenience and recipe versatility, and of course, price, he says.

However, does the downswing of beef and veal truly reflect a lower demand? Ron Davidson of the Canadian Meat Council, says beef supply goes up and down based on factors such as weather, disease issues, and the prices producers are getting back. The massive record-setting drought in the southern U.S. three years ago sent beef prices soaring, shrinking herds to the size of what they were in the 1950s. “They are now in the rebuilding phase so in the last couple of years beef consumption has been rising and will rise substantially again this year,” says the director of International Trade, Government and Media Relations. In the case of pork, pig farmers in the U.S. saw their herds decimated by a deadly virus, says Davidson. The Globe and Mail reported that the virus showed up in Ontario barns in 2016, sending pork and bacon prices in Canada and U.S. up by 60 per cent. Statistics Canada reports pork consumption dropped only 0.5 kg between 2005 and 2015.

While meat and poultry consumption does not look like it will subside any time soon, traditional meat packers are looking at diversification nonetheless. Cardinal Meat Specialists Ltd. found success in the burger category — producing roughly 160 to 170 different burger products — and has done equally well with its non-meat veggie burgers. The veggie burgers, which are made of soy protein, are marketed under the Cardinal Select brand name for retail markets, as well as being sold to foodservice customers.

Maple Leaf Foods Inc. is experimenting with making “meat” made from peas, soy and other crops, but Annemarie Dijkhuis, director of Public Relations at Maple Leaf Foods, says it is still early days. As to why the company decided to look at plant-based proteins, Dijkhuis says consumer trends indicate that protein alternatives are important to customers; and at the end of the day, “we are a protein company.” Late last month the company also announced it was buying U.S.-based Lightlife Foods, a manufacturer of plant-based proteins, for US$140 million.

Mintel’s 2017 Global Food & Drink Trends points to the inclusion of the “veggie-forward” or “plant-forward” movement, with vegetables sharing more of the plate or blended in recipes. “In 2017, the food and drink industry will welcome more products that emphasise plants as key ingredients,” writes Jenny Zegler, global food and drink analyst. “More packaged products and recipes for home cooking will leverage fruits, vegetables, nuts, seeds, grains, botanicals and other plants as a way to align with consumers’ nearly omnipresent health and wellness priorities.”

An example of plants being blended into traditional recipes are mushrooms, although they are not technically plants, but fungi. U.S. Mushroom Council CEO Bart Minor, quoted in FoodNavigator-USA, says “blended” burgers, meatballs and tacos are gaining significant traction in the U.S. foodservice market. Not only do mushrooms add texture and bulk but also a “meaty/unami/savoury” flavour that enables manufacturers to cut meat content by 50 per cent, and in some cases, up to 80 per cent, he says. In addition, the benefits of blending include slashing the calorie, saturated fat and cholesterol content.

Future meat processing may soon include a 3D printer. German company Biozoon Food Innovations is a pioneer in producing meat-based products using 3D printing technology. Currently targeting seniors in nursing care with dysphagia, a condition that makes chewing and swallowing difficult, the company combines raw chicken and pork with a plant-based texturizing agent such as algae-derived carrageenan to create new shapes of meat-based dishes that are soft and easy to chew.

Raphaël Moreau, a food analyst with Euromonitor International Ltd., says 3D printed technology cannot yet replicate meat cuts with muscle such as steak. “However, as the research remains in its infancy, it is likely to develop rapidly, with companies and laboratories working on making products available at restaurants or on the shelves early in the next decade,” he says.

The next frontier of meat production very well may not be on farms at all, but in laboratories. Not only is “in-vitro” or “cultured meat” possible, but products may become available for purchase within five years, according to a press release from Memphis Meats, a San Francisco-based start-up. The company unveiled its first product in 2016: a meatball that cooks, smells, and tastes like the real thing. Says Memphis Meats CEO Uma Valeti, M.D., in the press release, “we plan to do to animal agriculture what the car did to the horse and buggy. Cultured meat will completely replace the status quo and make raising animals to eat them simply unthinkable.” Other companies in the race to commercialize “clean meat” products include Mosa Meat, which is working with the Dutch team behind the prototype lab-grown cultured meat burger (produced from stem cells) that was cooked and eaten in London in 2013.

Despite the growing demand for meat substitutes, the Canadian Meat Council’s Ron Davidson says meat consumption in Canada will continue into the future. Declines in beef consumption are not indicative of consumer perception. “It is not demand driven,” he says. “There are a lot of factors at play here.”