FDA needs to act before consumers get sick 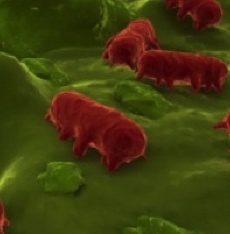 These figures were released in a report in the spring entitled Enhancing Food Safety: The Role of the Food and Drug Administration by the Institute of Medicine and the National Research Council.

In the report, the two institutions call on the U.S. government to overhaul its food safety system to zero in on the riskiest foods and target limited resources where they can do the most good.

The authors recommend that the U.S. Food and Drug Administration (FDA) shift from a reactive approach to a risk-based approach to food safety.

They also recommend that the FDA set up a central data analysis operation to more efficiently pinpoint problems and better coordinate inspection efforts with state and local governments.

In a release on the Canadian Medical Association website, Robert Wallace, a University of Iowa professor who chaired the committee that wrote the report, says the FDA needs to “go where the problems are, and that’s why you need good data.”

Consumer groups in the U.S. have also been trying to increase pressure on Congress to act by stressing public interest in the issue.

Sandra Eskin, director of the Pew Health Group’s food safety campaign, says people are shocked to learn the FDA doesn’t have authority under 70-year-old food safety laws to require recalls and that food facilities can go a decade between FDA inspections.

Make our Food Safe, a coalition of consumer, public health and food safety groups, welcomed the committee’s recommendation that the FDA be given more authority.

In a statement it said that the FDA “desperately needs a specific mandate to prevent foodborne illness rather than continuing to act only after people become sick or die.”


Related Stories
American consumers are steering clear of peanuts but how clear are they on the facts?
U.S. overhauls its food safety system
Acrylamide levels not going down: report