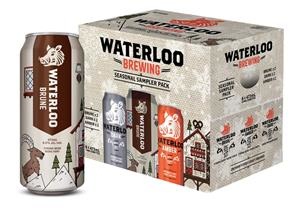 Waterloo Brune is a small-batch brew that gets its deep, dark brown colour from its dense dark roasted robust malts.

The mixer was available at the Waterloo Brewing retail store and at The Beer Store and LCBO locations for $16.50.