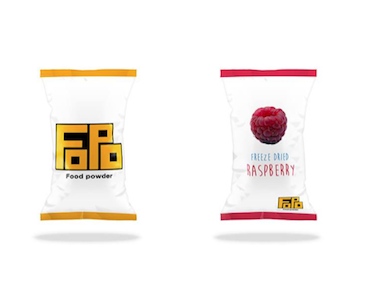 Lund, Sweden –  A team of graduate students from Lund University in Sweden has come up with an innovative solution to food waste – and one that could also help supply food to the world’s growing population. 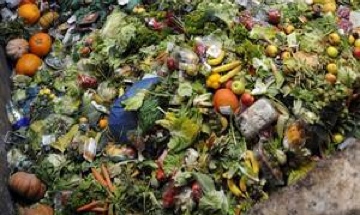 It’s called FoPo Food Powder and it’s made with produce that might otherwise be headed for the dumpster.

The powder, says Smithsonianmag.com, is exactly what it sounds like. It’s a shelf-stable, dried fruit and vegetable powder. The team that created it says it can be added to relief efforts after natural disasters or distributed to areas where fresh food and refrigeration are hard to come by.

FoPo Food Powder aims to turn ugly, unsellable and almost expiring produce food into a food powder with a shelf-life of about two years.

And while the students know powdered food isn’t that revolutionary, says Smithsonianmag.com, the team is looking at waste and distribution channels in a new way.

The team reached out to farmers and retailers to source the produce and then also looked at how they would turn it into powder, says Smithsonianmag.com. Next it was distribution.

What prompted the team of students to come up with FoPo? A challenge issued by an online movement called Thought For Food (TFF).

TFF says it’s dedicated to tackling the global challenge of feeding about nine billion people through bold and breakthrough solutions.

Each year it runs a competition open to university students around the world and from all fields of study. TFF wants them to learn about food security and inspire them to come up with an idea that could make a difference.

TFF 2015 is still accepting submissions (www.tffchallenge.com). FoPo was a runner up from TFF 2014, which was announced earlier this year, and won a $5,000 investment.

But more recently, FoPo has made waves. The team behind it won the Ben & Jerry’s Join-Our-Core competition (a competition that offers winners cash investments and mentoring), made it as a finalist in the MassChallenge UK (a program that connects startups with mentors, and potential partners and investors) and was recently chosen as a Staff Pick on Kickstarter.

Smithsonianmag.com adds the team is running a pilot program in Manila, Philippines using the surplus of calamansi, a local citrus fruit. The group is also going to start working with the United Nation’s Initiative on Food Loss and Waste to try to reach more people and countries that could use FoPo. They’re also working with food manufacturers since FoPo could be used in formulations such as cake mixes and ice cream. Consumers could even use it in other foods and drinks.