Amino acids may reduce the formation of acrylamide 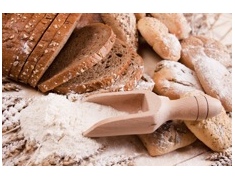 Researchers in the U.K. have found that an amino acid in wheat flour, called proline, may reduce the formation of acrylamide by 80 per cent, reports WorldBakers.com. What’s also interesting about the findings is that the amino acid is the starting point for key aroma compounds in bakery and may also boost the flavour profile of bakery products.

The study found that proline is present at significant levels in both wheat and rye flour and has been identified as a potent precursor of roasted bread aromas such as 2-acetyl-l-pyrroline and 2-acetyltetrahydropyridine.