Market Commentary: Giving up dairy import quotas not the answer

From the October 2018 issue of Food in Canada magazine

Apparently dairy and dispute settlement are the sticking points in NAFTA. Having been a witness in two U.S. trade disputes, it is important to stand pat on the dispute settlement issue. The pre-NAFTA settlement process was stacked in favour of the U.S. No surprise Trump wants it back!
Dairy is a different matter. The supply management people have fought against a decrease in tariffs, but had to give in on increased import quotas. That’s perhaps ok when the imports are five per cent or so. But above 10-15 per cent, it will crush Canada’s dairy industry. The average dairy tariff is about 250 per cent – more for butter, less for skim milk powder. Tariffs this high are more than enough to protect Canada from U.S. imports and contribute to high costs of milk production quota.
The argument has been that dropping tariffs is a “slippery slope” that will ultimately lead to so much erosion that it will threaten supply management. But simply handing the U.S. a tariff free chunk of our market is not a slope; it’s a cliff! Falling off a cliff usually ends in a crash.
Reducing the tariffs will allow Canada to maintain farm prices that have already been eroded by Class 7 pricing, and will give Canadian dairy producers the opportunity to adjust to market opportunities. Giving up more import quota will stifle the industry.

Market Trends is prepared by Dr. Larry Martin, [email protected] or (519) 841-1698, who offers a course on managing risk with futures and options in January in Guelph agrifoodtraining.com.

Market Highlights
Sugar, grains and oilseeds are tanking, oil is rising and the world economic situation is at least as cloudy as last month.

Grains: Little of the fundamentals point to higher prices. The U.S. is harvesting record or near-record soybean and corn crops. Drought-reduced wheat crops in northern Europe and eastern Australia are already in the market, Brazil is having excellent early planting conditions and China’s soy imports, both U.S. and overall, are down. The grain complex is testing contract or technical lows.

Corn: September’s surprisingly bearish USDA report took December corn below contract lows of $3.50, down to $3.42 ½. Strong exports the week of September 17 and rain in the harvest area brought it back to the current $3.61.
There are conflicting fundamentals: stocks are down, but North and South American crops are huge, barring major weather issues. But demand for ethanol and livestock feed is strong and early season corn exports exceed expectations. The big questions are, will exports stay strong and just how big will those crops be?
Since $3.50 support was taken out, there is no strong support until $3.01. Resistance is at $3.70 and $3.90. Using one of those for protection and buying hand to mouth below is an alternative for managing upside risk.

Wheat: December Chicago wheat dropped through $5.00 following that September USDA report, then rallied to the current $5.27. Until there is clarity about whether Russia will impose export restrictions, wheat is generally following corn. Like corn, managed funds are net short. Strong support remains strong at $4.95. We continue to suggest pricing near support and holding on to any Calls.

Soy oil: Soy oil also fell below $.28 support to $.271 on the December before rallying to the current $.284. This last rally is due to strong crude prices and will have to contend with plentiful supplies of palm and an even larger than expected U.S. soybean crop. With the general weakness in grains and oilseeds, we continue to suggest protection above $.30 until a clear bottom is found.

Sugar: The sugar market continues to be burdened with excess supply. March 2019 tested last April’s lows of $.109, rallied to $.125, before falling precipitously to the current $.1123. That drop came from a decline in the Brazilian Real and concerns that India will subsidize its ailing (along with everyone else’s) sugar producers. If sugar penetrates support, the next level is $.083 from 2007. There is support at $.13 and, especially, at $.14. Price now or buy spot and protect one of those levels.

Natural gas: March NG prices remained flat in the $2.79 – $3.00 range. It is currently testing resistance at $3.04 because of higher crude prices, low U.S. stocks and cool weather in Europe. $3.00 is the 38 per cent retracement of the decline in prices from 2014 to 2016, and the point where we have said to protect for several months. The market may show us why.

Crude Oil: March Brent also moved sideways past month, but tested $78.72 resistance several times before breaking out to $80.74 currently. The breakout is another of Mr. Trump’s legacies: sanctions against Iran, whose supply is essentially out of the market and hasn’t been replaced by other sources. Also, U.S. inventories are relatively low.
$80.50 is the 62 per cent retracement of the decline in oil prices from 2014 to 2016, making the $80 area extremely significant resistance. We have suggested that oil buyers cover above $80. This is why.

Canadian dollar: The loonie continued sideways between $.7575 and $.7774 the past month, rallying on positive NAFTA noises and falling on the negative. With languishing agricultural commodity and gold prices, export earnings are not stellar, though higher oil prices offset them. Oil and a potential NAFTA pact have pushed the currency toward the top of the range.
A failure of NAFTA and/or a decline in oil prices will drive it down, making commodities more expensive for Canadians. Therefore, we continue to suggest buying $.765 Puts now and hold or roll any you bought when the loon was higher. 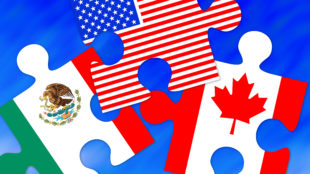 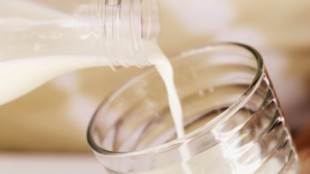