Antibiotics in meat: Does the science matter?

While regulators say there is no risk to human health from the use of antibiotics in agriculture, why are we seeing the proliferation of meat labels with “no antibiotics” claims?

Regulators and industry have insisted for years that the prudent use of antibiotics in agriculture poses no human health risk. Used properly and following withdrawal periods, they argue that there are no drug residues at the time of slaughter. They say that there is still no clear scientific evidence that the antibiotics used in livestock production contribute to the growing public health problem of antimicrobial resistance (AMR) in humans. But the recent call by the Ontario Medical Association for an immediate ban on the use of antibiotics to promote animal growth, and reports of strong regulatory action being taken by several other countries, has consumers wondering. And, if there’s no problem, consumers ask, why are we seeing the proliferation of meat labels with “no antibiotics” claims? What to heck is going on here?

It is estimated that 88 per cent of the antibiotics produced or imported into Canada are given to animals. While antibiotic use for treating animals with disease is widely accepted, what is being questioned is the widespread use for the treatment of subclinical disease, for disease prevention and for improving growth production. That concern is compounded by the fact that gaps in our regulatory system, that should have been corrected years ago, mean that Canada has little knowledge of the level of antibiotic use in agriculture. Veterinarians can prescribe drugs for purposes not indicated on the product label (extra-label use), and we still allow livestock producers to import veterinary drugs for their own use (OUI) and bulk active pharmaceutical ingredients (API) that can be mixed into feed on farm, even though these have never been subject to Canadian risk assessment.

Even in the absence of clear science linking antibiotic use in agriculture with AMR, industry and regulators have introduced many guidelines, voluntary codes and programs to mitigate the risk. The Canadian Veterinary Medical Association issued prudent use guidelines in 2002. The Animal Nutrition Association of Canada is pressing for the modernization of the Feeds Regulations to reduce industry’s reliance on antimicrobials. The Canadian Pork Council’s excellent quality assurance scheme (CQA) applies to 90 per cent of hogs slaughtered in Canada and prohibits OUI and limits API. Health Canada has developed a number of guidelines and is working on a new policy for minimizing AMR from antimicrobials in veterinary medicine and animal food production. The poultry industry is funding research and points out that most of the antibiotics used prophylactically by chicken growers are not prescribed to humans.

I was a speaker recently at two meetings of major trade associations where I raised the matter as one that I thought deserved to be more fully discussed, a view that was not shared by all participants. Even regulators seemed reluctant to talk about it. Interestingly, at one of these meetings, the chief scientist for the American Meat Institute (AMI), the trade association for American meat processors, announced that the organization had decided that its number-1 research priority was the problem of antibiotics in meat, as it was already a large and growing controversy in that country.

Most consumers are scientifically illiterate, but they’re not stupid. If there’s no problem, they ask, why are so many other major countries tightening their regulations? And why do we see such a proliferation of “antibiotic-free” labels in meat counters? Aren’t these processors and retailers implying that their meat is safer than meat that doesn’t make the claim? If not, they are promoting a false impression, something that is illegal under section 5 of the Food and Drugs Act. Aren’t consumers entitled to infer that other meat contains antibiotics or else they would also make the claim?

I’m just an old lawyer not qualified to assess the science. But, it seems to me, while the many voluntary guidelines, codes and programs may serve to significantly minimize the science risk, they

are useless or worse to address the perception risk. Even if the science is unsettled, even if there is no risk at all, the debate may be over before it starts as concerned consumers choose increasingly to buy only meat labelled as antibiotic free. As we have seen in organic labelling, for many middle class Canadians at least, the perception risk can trump the scientific risk, and the science doesn’t really matter. 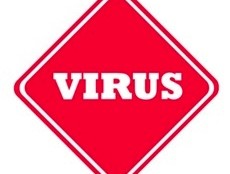