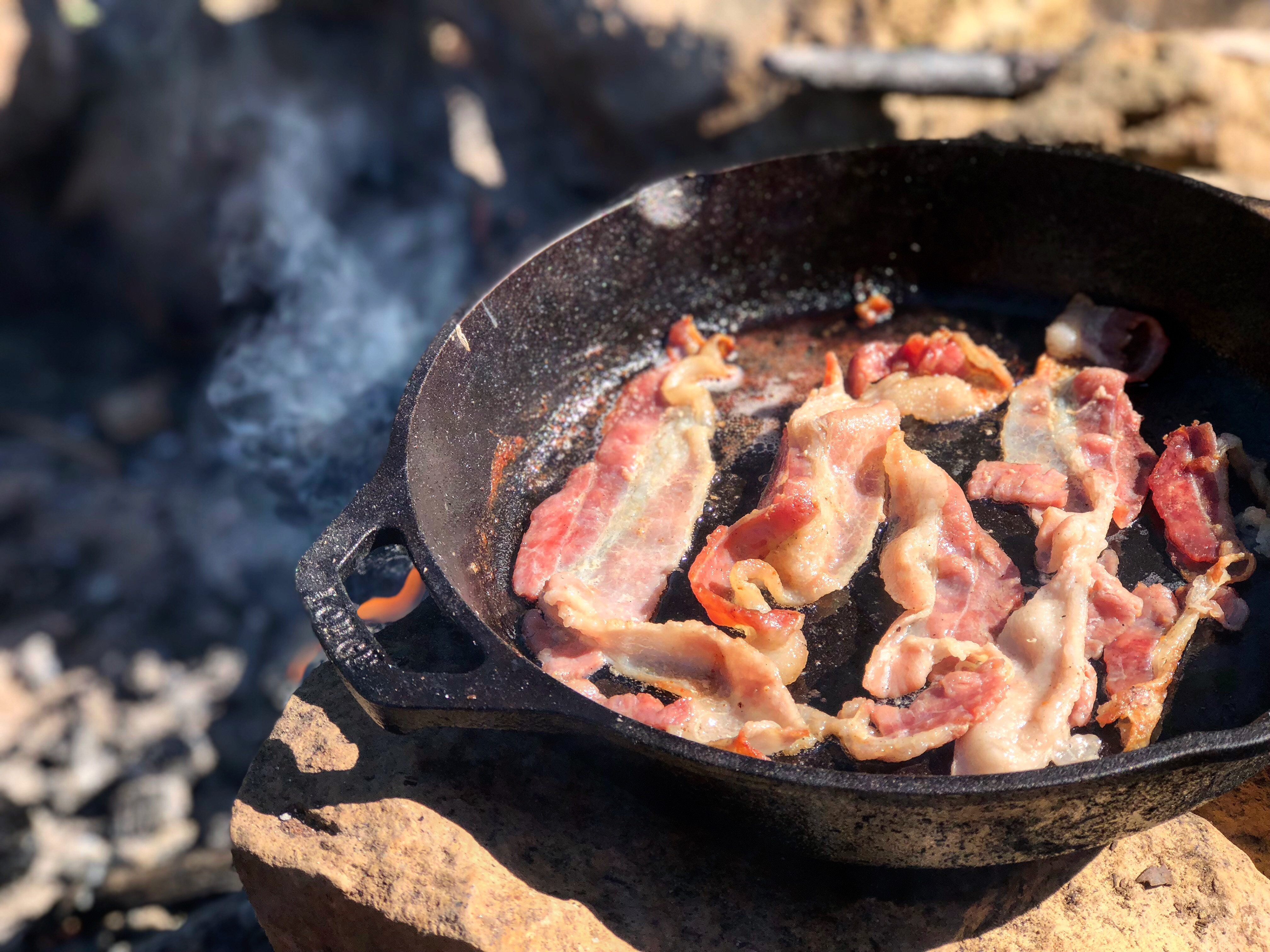 This substantial growth in the market is fueling a demand for meat processing companies that can provide a higher production volume of raw bacon for use in the food service and retail industries.

Therefore, to capitalize on this demand, meat processors are increasingly turning to newer, higher speed packaging solutions that include dedicated interleavers and card dispensers that maximize throughput of raw bacon. By including automated stacking, the equipment also eliminates unnecessary labor costs while reducing the risk for injuries due to repetitive motion.

Dedicated, High-Speed Interleavers
Interleavers are automated, high-speed machines designed to dispense sheets of paper, film or cardstock under, between or around meat, cheese and other products for portion control, inventory control and more sanitary handling.  This includes greaseproof paper, parchment paper, plastic film, or bacon boards added after slicing and before final packaging

For raw bacon used in food service operations, including restaurants, interleaved paper is often used to separate bulk portions of sliced bacon.  The alternative is to pack raw bacon as individual slices side-by-side on paper in what is known throughout the industry as lay-flat packaging. In both cases, interleavers are often combined with counter/stacking modules that automatically count and stack the portions for boxing or gas flush packaging.

For raw bacon packaged for retail sale in grocery stores and other outlets, packaging typically involves the use of interleaved cards, or L-boards, which come pre-printed and branded with product and nutritional information. The process begins with the bacon being sliced and shingled in specific units of weight, followed by the L-board then being interleaved and folded over the top of the product. The final step involves vacuum-sealing the bacon in clear plastic.

The Need for Speed
In the production line, the interleaver operates between the slicer and the final packaging equipment, with the slicer typically capable of the highest processing rates.  Although this speed imbalance is generally acceptable, there are times when a processor needs to achieve higher packing speeds to satisfy an increase in demand.

This means the interleaver or packaging equipment, whichever is slower, effectively dictates the maximum throughput speed.  If these systems are older or poorly designed, they can quickly become a bottleneck.  In cases like these, the options are to add more slicing lines or replace the equipment with models that run faster.

“The bottleneck [in bacon processing] is usually with the interleaving or packaging equipment,” explains John F. Martin & Sons president Bernell Martin—a meat processing company that supplies raw bacon to both food service and retail outlets. “So when the process needs to move faster, it usually means switching out equipment to generate that speed.”

According to Martin, John F. Martin & Sons operates five packaging lanes, with three including dedicated interleavers for L-Boards.  Previously, the maximum throughput rate was only 38 boards per minute, but due to increasing demand that needed to increase to 54 boards per minute at a minimum.

After some research, Martin decided to install a ProLeaver Card Dispenser from Packaging Progressions, a company that specializes in the design and manufacture of automatic, high-speed interleavers, stackers and card dispensers.

Martin says the ProLeaver Card Dispenser is particularly popular among meat processors because of its exceptionally high throughput speeds, which exceed the industry norm by as much as 40 per cent. For retail packaging of bacon, the unit can reliably feed up to 80 cards per minute without losing time to jams, missed cards, and double feeds.

John F. Martin & Sons also sells bacon to foodservice operation, which requires traditional paper-feeding interleavers. Based on a sheet-weight of half-a-pound of raw bacon, the equipment can interleave up to 120 sheets per minute for a total of 3,600 lbs. of lay-flat bacon per hour—nearly twice that of traditional systems.

These design improvements essentially increase the accuracy and tracking of the items and the inserted paper or card to achieve high speeds reliably without double-feeds or paper jams.

“For paper feeders, it is critical they do not jam, which some are known to do,” explains Martin. “So run speeds are important, but so is the amount of uptime. It can’t be a maintenance nightmare.”

Automating Manual Processes
Despite the available automated equipment, there still are several areas where manual labor is still often utilized in the bacon packaging process.  By automating these steps, meat processors can reduce labor costs as much as 90 per cent, eliminate repetitive motion injuries and increase throughput.

For example, when packaging bacon for retail after the L-board is inserted and folded over, the product must often be manually rotated by a worker so it enters the packaging machine at the proper orientation.

“Typically, sliced bacon is loaded onto L-boards in only one direction,” explains Martin. “With most equipment that means someone has to manually rotate the product 90 degrees so it loads properly into the packaging machine.”

This is spurring the development of equipment solutions, including an automatic folder/turner model soon to be released by Packaging Progressions.

In many processing plants, the counting and stacking of lay-flat bacon into boxes is still performed manually as well. Once the bacon is sliced and automatically positioned on each sheet, it must be stacked perfectly straight, front to back. The process often requires several workers and is extremely taxing, both for workers and the bottom line.

Instead, automatic stackers can replace this manual step while eliminating the “bunching” often associated with “hand catch stacking.” To that end, high speed models are capable of counting and auto stacking up to 120 sheets per minute.

Customization
Whether to increase production rates or just to speed time to market, even seemingly “minor” design features or details can speed the process and reduce waste.

For example, interleavers can be programmed so paper or L-boards are only inserted when bacon is present, to reduce waste. Downgrade diverters that works with most “vision” slicers can also be used to communicate with interleavers to hold off on sending paper and divert bacon scraps and other irregular slices so they are not combined with high quality cuts.

Integrated bar code scanners on the card dispenser ensure the right L-board is being dispensed so regular bacon is not being packaged as “low sodium bacon” inadvertently. This can prevent costly re-packaging and even product recalls.

According to Martin, even an established product like bacon can require an interleaver/stacking systems with minor design features or customizations to work properly between slicer and packaging equipment.

“If I buy an off-the-shelf board loader from a company, I have to use it as-is,” explains Martin. “The difference with a company like Packaging Progressions is they don’t just sell a piece of equipment, they sell a solution.  I can tell them, ‘Here’s my slicer and here is my packaging machine.  I need you to take the product from here to here.’  And they design it.”

Photo by Casey DeViese on Unsplash