Beneo GmbH will be highlighting its Palatinose functional carbohydrate ingredient at IFT15. Palatinose, which is a low hygroscopic and highly stable sucrose alternative, works well in baked goods 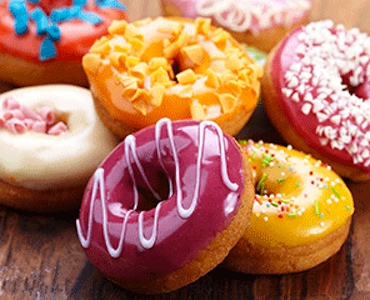 Mannheim, Germany – Palatinose is one of Beneo GmbH‘s offering in the company’s Functional Carbohydrates category.

Palatinose (isomaltulose) is purely based on sucrose from sugar beet.

It is 100 per cent vegan, kosher, halal and non-GMO. The company explains that it is commercially produced by enzymatic rearrangement of the glycosidic bond between glucose and fructose from an  α-1.2 linkage of sucrose to an α-1.6-glycosidic bond in Palatinose.

The resulting new molecular linkage of Palatinose is much more stable compared to that of sucrose.

Palatinose has a mild, natural sweetness (approximately 50 per cent of sucrose), without any aftertaste. It can be combined with other sweeteners in order to achieve any kind of sweetness profile. It replaces sucrose in a 1:1 bulking ratio.

Even at a temperature of 25 °C and relative humidity up to 85  per cent, Palatinose absorbs virtually no moisture. It is a very low hygroscopic powder.

Due to a difference in water activity, donut crumbs tends to dry out and the glaze on top becomes sticky over time. This can be countered by controlling the water migration between the two layers. The water activity of the glaze can be adapted to that of the baked good by the use of Palatinose. So the dough keeps its original softness and freshness and the glaze does not become sticky; resulting in an extended shelf-life of freshly packed donuts.