HALLS Refresh from Cadbury North America is a new candy drop with an unique Advanced Moisture Action sensation that leaves your mouth cool and refreshed. Available in Tropical Wave, Juicy Strawberry and Refreshing Mint flavours, the candies are just five calories each and contain no sugar or fat. According to Cadbury, the proprietary blend of ingredients in each candy delivers a mouth-moistening sensation. All three HALLS Refresh flavours are available in nine-pack sticks for a suggested retail price of $1. 29, while the Tropical Wave and Juicy Strawberry flavours are available in 20-pack resealable bags for a suggested retail price of $2.29.

Female, 30-something
“Refreshing Mint has a nice gentle mint flavour that lasted longer than expected. The Juicy Strawberry wasn’t so much a ‘strawberry’ flavour, more of a light general mixed berry but I still liked it.”

Female, 40-something
“I liked the Tropical Wave flavour. It’s wasn’t overpowering or too citrusy. It still tastes like a cough drop to me though, with some sort of menthol flavour that lasts in your mouth, so I’m not sure if this would be my first choice for a candy. I didn’t like the Juicy Strawberry flavour at all – tastes too much like medicine. I love the style of the tube and the bag, the colours, the whole package. Definitely eye-catching.”

Female, 10
“I liked the flavour (Tropical Wave). Tasted like oranges and wasn’t too sweet. I like these better than cherry drops.”

Female, 30-something
“I liked that these have no sugar added. It makes me feel better about my teeth. I still wonder what’s in them since I find them a bit on the sweet side. The flavour of Juicy Strawberry is mild. It does taste like strawberry, but with a medicinal twist. This is something I expect from Halls and it works. But it doesn’t seem to have that familiar Halls trademark eucalyptus punch – the kind that would ease your sinuses. I find these a bit weak. I can’t see how they would ease a sore throat – and thankfully I don’t have one right now to test it out on. The package says they are meant to be ‘mouth moistening’ and this they do. So if you had one of those dry cough attacks on the subway or at a play, these would definitely do the trick.”

Female, 12
“This tastes like candy (Refreshing Mint), but also like medicine. If it’s medicine it’s really good, but if it’s only for candy, I’d like something better!”

Male 20-something
“The Tropical Wave flavour works. It tastes like fruit punch, but it’s not overwhelming. It’s not too sweet, but for me that’s still too much. I don’t know if I’d buy these. It leaves a bad aftertaste. I like the old Halls. Those felt like they were actually doing something. The new packaging makes a statement.”

Female, 30-something
“I found the Juicy Strawberry very fruity, which is a good thing, it never used to be that fruity before. I’d like them better if they were stronger. I prefer that menthol taste. This one is kind of bland. I feel like all I’ve had is a candy, so I don’t feel that it works. The other Halls felt like they were burning my nose – not in a bad way. They were stronger and it felt like they were doing something for my colds and congestion. But this one wasn’t strong at all.”

Male, 40-something
“I always wonder, when I have a lozenge in my mouth, when the bubble will hit. You know the bubble. It is that air pocket that, once exposed by the melting carapace of the lozenge, projects a glass-like shard that cuts your tongue or the roof of your mouth. To the credit of this appealing lozenge, no air bubble broke through, which meant I should have had time to consider its flavour and its effectiveness as a cough-reducing medicinal. But it is very small. It is smaller, certainly, than those square, neck-pillow shaped cough lozenges – and took only about a minute to get to my ‘crunchy time,’ which is the moment at which I can no longer resist giving my lozenge a good mandible mashing. Short as my test time was, I think I had enough of it to say that the lozenge is not as strong as the aforementioned neck-pillow lozenge and not as indulgently satisfying as a good bit of candy. It is the food equivalent of a Toyota Prius; it’s pretty and I wouldn’t mind if someone saw me with one, but its effort to be two things (candy and medicine) makes it a failure at both. In the end, I would not know exactly when to buy this delicate lozenge. When I am sick? Not enough. When I need a sugar    fix? Not enough there, either. The only option seems to be when my needs are subtler – more refined perhaps. Well, I don’t have that gene. When I want to go far, I’ll take the Civic. When I want the outback, I’ll pack Jeep, thanks.” 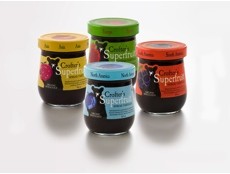 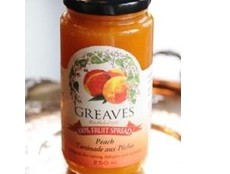