Researchers at the University of Guelph have found that children in North America may not be getting enough omega-3 fatty acids in their diet. Their study, which was published in the March issue of The Journal of Nutrition, is the first study to directly measure the dietary intake of fatty acids by young children, says a co-author of the study, Bruce Holub, university professor emeritus in the Department of Human Health and Nutritional Sciences. The research analyzed the diets of 41 children between the ages of four and eights years old over a three-day period. Parents provided food samples identical to what they were feeding their children and these meals were analyzed in the lab. Data collected came from meals they served on a typical weekday and weekend. The study found only 22 per cent of the children received the suggested amount of long-chain omega-3 fatty acids DHA and EPA. These nutrients, commonly found in fish, play a key role in child development, particularly in the growth of the brain and other nervous tissue. The study did find that 61 per cent of the children were receiving enough of another important fatty acid, ALA, which is more widely available in canola, soybean and flaxseed oils, walnuts and processed foods. The researchers said the results show the need to create more awareness of the importance of these nutrients in human health and that there is a gap between actual and recommended intakes. Consumers can fill the gap by consuming more fish and seafood containing DHA/EPA, as well as omega-3-enriched foods and supplements. 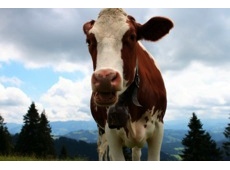