Most Canadians know how to eat healthy 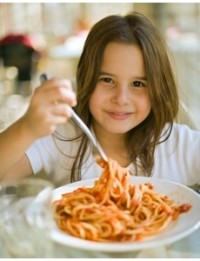 Canadians know the benefits to healthy eating. And according to a recent study they can identify them, too.

The study, the 9th Annual National Report Card on Health Care, was conducted by Ipsos Reid on behalf of the Canadian Medical Association. The results were released in August. This year for the first time the study asked Canadians about their health status, their awareness of how to be healthy, as well as questions about their lifestyle habits.

What the study found was that Canadians have a high awareness of the benefits of healthy eating. In the study, eight in 10 respondents agreed with several statements, including:

In addition, more than four in five respondents, or 84 per cent, say they know how to shop for healthy foods.

But despite this awareness of the benefits, it seems Canadians also know what’s keeping them from eating healthy. Many of the respondents could also identify barriers to eating healthy, including:

In addition, one in four, or 23 per cent, say they don’t know how to prepare healthy food.

According to the study, the proportions who describe their eating habits as just okay or not very healthy are higher among Canadians earning less than $30,000 a year (42%) and those with less than a high school education (51%) as compared to those earning $90,000 or more (30%) or with a university education (24%).

Between June 7 and June 9, 2009 Ipsos Reid surveyed 1,002 Canadian adults by telephone and between June 25 and July 11, it surveyed 3,223 Canadian adults online. The data was weighted by region, age and gender to ensure the sample accurately reflects the population according to Census data.