Voluntary BSE testing could be worth it: study

Edmonton, Alta. – A study has found that voluntary BSE testing could have the potential to influence market access and increase the value of international beef sales.

The Alberta Prion Research Institute, PrioNet Canada, and the Alberta Livestock and Meat Agency funded the study, which is intended to encourage discussion within the cattle industry.

The study looked at a cost-benefit analysis of voluntary BSE testing in Canadian cattle and analyzed whether the costs for the beef industry could be recouped through market premiums.

The estimated cost of post-mortem testing is $40 per head. This amount is comprised almost entirely of the cost of the test kit and sample analysis. It is expected that ante-mortem tests (live animal), if a test is developed, will reduce BSE testing costs to approximately $15 per head.

Researchers are working on developing a live BSE test. For example, with a $1.5 million grant from ALMA, the University of Calgary is researching a DNA-based testing approach to BSE in live cattle. Additional research on a live BSE test is underway worldwide.

The study concludes that there is potential value in pursuing voluntary BSE testing, with qualifications.

Canada continues to face partial or complete market access restrictions into key markets. It is important to evaluate all strategies to increase the value of trade. 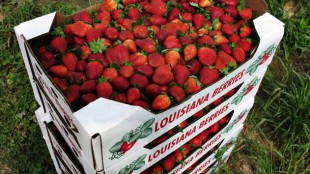 U.S. industry not so hot on COOL