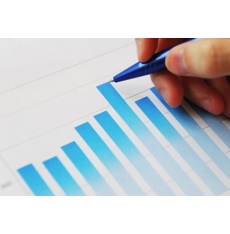 Despite tough talk on food safety over the past two years, the federal government has done little to strengthen our national food safety system. That’s the finding of the 2010 Food Safety Performance World Ranking study, which puts Canada in the fourth spot to tie with the U.S.

While still “one of the best-performing countries,” Canada received a poor grade in the area of traceability. Other top performers were Denmark, Australia and the U.K., which came in first, second and third respectively. Out of the 17 countries included in the study, France and Italy were among the lowest performers. And while Canada did jump one spot since the last study in 2008, researchers noted this was mainly due to other countries moving down in standing.

The study – a joint project by University of Regina’s Sylvain Charlebois, associate director of the Johnson-Shoyama Graduate School of Public Policy, and Chris Yost, a biology professor and the Canada Research Chair in Microbes, the Environment, and Food Safety – is designed to measure the strengths and weaknesses of our food safety system.

Each country was assessed in four key areas: consumer affairs, including incidence of reported illness by food-borne pathogens, rates of inspection and audits, food safety education programs, labelling and indications of allergens, and ease of access to public health information; biosecurity and trades, measuring the rate of use of agricultural chemicals and bioterrorism strategy; governance and recalls, which includes risk management plans, level of clarity of food recall regulations and number of recalls; and traceability and management.

Following the listeria crisis in 2008, the federal government committed $75 million to implement the regulations of independent investigator Sheila Weatherill, as well as $113 million to improve food and consumer safety through the Food and Consumer Safety Action Plan.

The complete study can be downloaded at www.schoolofpublicpolicy.sk.ca/research/Faculty-Authored-Papers.php