Those of us Canadians who consume foods made from grains are eating the right kinds, but more Canadians need to eat them too, says the University of Saskatchewan 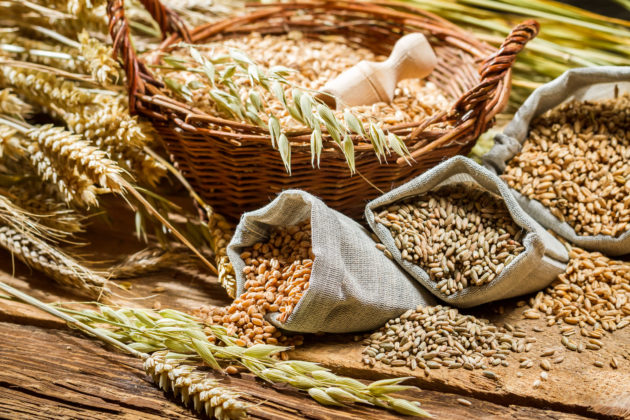 Saskatoon, Sask. – Canadians may not all be consuming enough whole grains, but a survey has found that what whole grain foods they do consume are nutrient dense.

This observation is one of the findings the University of Saskatchewan presented at the Canadian Nutrition Society’s annual conference in Nova Scotia.

An article on the university’s website about the findings (“Cutting out grains cut out important nutrient sources” on May 7, 2018 by Jennifer Thoma) explains that a team at the U of S examined grain consumption patterns in the recently released 2015 Canadian Community Health Survey by Statistics Canada.

What the research team found was “that many foods made from enriched (refined grains) grains or whole grains are important nutrient contributors to the Canadian diet.”

In fact, the current consumption of whole grains among Canadian consumers delivers “a high amount of key nutrients to the diet (43 per cent of folate, 39 per cent of iron and 31 per cent of dietary fibre) while only contributing 25 per cent of the daily calories,” says the article.

But what the team also found was that about 80 per cent of Canadian adults are not consuming the amount of whole or enriched grains that Canada’s Food Guide recommends they should.

One of the researchers says most of the grains we consume are enriched. And since enriched grains can contribute “23 per cent of Canadians’ daily fibre, 40 per cent of folate and 31 per cent of the iron” they are still an “important food source.”