The other “big oil” 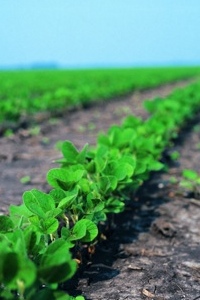 But industry’s grip on the exact dimensions of Canada’s vegetable oil market has been slippery at best – due to a host of complicating factors.

Now, new market research sheds some light on the size – and potential – for Canada’s oilseed sector.

Rob Roe, bioproduct commercialization director with Soy 20/20, says an in-depth look at how much vegetable oil is consumed in Canada is long overdue.

As an industry organization with a goal to stimulate and seize new global opportunities for Canadian soybeans, it was important the sector knew exactly what it was working with. That’s why in 2015 Soy 20/20 commissioned a study, “Market View of Food Vegetable Oils and Fats in Canada.”

“It wasn’t a simple question of looking at production, imports and exports,” says Roe. “Industry needed to understand the entire supply chain, to look at all oils and fats and how they’re linked – from salad dressings and baked goods to broader industrial uses and confectionary.”

Josipa Paska, managing director of Fats and Oils Competitive Intelligence, tracked down the data, and presented part one of the two-part study at the 25th Canadian Conference on Fats and Oilseeds held in Quebec City October 5-6.

How big is big?

“In Canada we process oilseeds into vegetable oils, and we import vegetable oils from other countries – those two streams comprise the Canadian vegetable oil market,” Paska said. “Our market is largely shared among three main categories – food service, industrial food processing, and consumer or grocery products.”

Of that total, approximately 20 per cent was soybean oil.

The remaining 50 per cent was comprised of canola (42 per cent) and high oleic low linoleic canola (HOLL – at eight per cent). What’s left? Imported oils and blends from 11 other plants such as palm, olive, coconut and corn.

Paska used a variety of sources in compiling the data, from U.S. and Canadian government and trade association data, published reports, press reports, and information from her extensive network of trade and industry contacts.

The data in the report covers vegetable oils and fats only.

How “healthy” are the oils in Canadian food?

“We’re not doing too badly when it comes to healthy oils,” Paska said. “This makeup is actually pretty good.”

Canola, soy and flax oils – otherwise classified as “omega 3” oils – comprise 62 per cent of the oils in Canadian foods. Corn, cotton and sunflower (“omega 6” oils) make up five per cent, and HOLL, olive and peanut oils (“omega 9” oils) comprise another 12 per cent.

HOLL oil has gained popularity because it replaces hydrogenated vegetable oils that were once more commonplace in baked goods.

“Trans fats have greatly diminished and are almost absent from food produced in Canada, but many imported food products from the United States still contain trans fats,” Paska said.

Roe says the increase in HOLL oils is of particular interest to Canada’s soybean industry.

“High oleic canola oil is relatively new, and it is establishing a stronger foothold in the marketplace,” Roe says. “Research shows high oleic soybean oil offers even more stability, and it is poised for Canadian production in the very near future.”

Paska noted there is still plenty of opportunity for Canadian soybean oil.

“Soybean is the Canadian darling,” Paska said. “It’s the second-largest oilseed crop in Canada, and although Ontario is the largest producer, acreage is expanding in Manitoba and Saskatchewan, and oil processing capacity is expanding in Quebec. And, soybean oil is used almost exclusively in food production.

Soy 20/20 has recently initiated phase two of The Market View of Food Vegetable Oils and Fats in Canada. Roe says that phase involves closer exploration of key segments, and the data is more granular.

“At Soy 20/20, our organization spends a great deal of time with companies helping them define their opportunities,” says Roe. “It’s our business to help qualify opportunities. How big is big? This study is an important tool to help industry, academia, researchers and government to make quality decisions.”