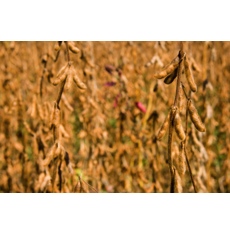 In 2004, new nutritional labeling laws created a sector-wide challenge in Canadian food processing: companies had to come clean on the trans fat content in finished goods.

Trans fats are created when vegetable oil is hydrogenated. This produces a highly stable fat used in frying oil applications, shortenings and margarines, providing for long frying life in deep fryers, and improving the taste, texture and shelf life of processed food products such as baked goods and spreads.

And because they raise a person’s LDL or bad cholesterol levels and decrease levels of HDL or good cholesterol, trans fats are known to increase heart disease risk.

To meet the new labeling requirements, food processors needed to move toward healthier alternatives – and they would need to reformulate their products to make that happen.

On October 5 and 6, industry representatives and academics gathered at the 25th Canadian Conference on Fats and Oilseeds held in Quebec City. High Oleic oilseed crops were top of mind, with sessions focusing on their use in food and bioproducts.

“Trans fat label laws put a skull and crossbones on hydrogenation and prompted food companies to reformulate to get it off of the label,” says Dave Dzisiak, commercial leader, grains and oils at Dow AgroSciences. “At the same time, agriculture was investing heavily in breeding high stability field crops. We were able to meet that demand.”

Dzisiak has worked with omega 9 (high oleic) canola varieties, which met the need for more functional oils for food processors. High oleic canola crops produce oil with natural stability, directly from the plant – no hydrogenation required. And because that oil does not require hydrogenation, food products are naturally free of trans fats.

Dzisiak says even with the widespread adoption of high oleic oil, the market continues to grow. There is a growing demand for quality fats in North America and internationally. In the Asia-Pacific region alone, one billion people moving into the middle class will create a higher demand for protein and fat.

“We need to get more intensive on acres,” Dzisiak says. “As an export country, this is an important opportunity.”

Susan Knowlton, senior research manager with DuPont Pioneer, says high oleic soybeans were developed to meet the trans-fat solution for the food industry – but that additional applications have also emerged. For starters, high oleic soybean oil turned out to be the most stable choice.

“When you compare high oleic soy to other high oleic oils, it has quite a bit more stability than other oils,” Knowlton says. “We were curious as to why that might be. Generally people think, ‘it’s just a fatty acid composition. What’s controlling this?’”

The difference, Knowlton says, lies in the amount of antioxidants called tocopherols. Soy has the highest amount of tocopherols of the major crop oils. Those tocopherols protect the oil from oxidation, preventing polymerization, or hardening.

“When we compare high oleic soy versus any of those other oils, no matter what test we do, high oleic soy is a really, really stable oil and comes out on top in manufacturing and food service,” Knowlton says, noting also that high oleic soy-based shortenings offer the same functionality, but with 20 per cent less saturated fats than palm oil shortenings.

“We also started to think about ‘are there other products that come from the bean and might they have some improved properties as well?’” Knowlton says.

And as more manufacturers move towards so-called “cleaner” ingredients labels, lecithin is a preferred replacement to another common additive, known as TBHQ, which is also used to create longer shelf life in food products.

“This would be a really nice way to increase the protein content in beverages without making the beverage taste thick,” Knowlton says.

She noted the colour of isolates made from high oleic soybeans is whiter, aftertaste and mouth-feel is reportedly improved over their conventional soybean counterparts.

“There are a lot of different high stability oils out there competing in all the same spaces,” says Knowlton. “To us, it was a surprising result to have this one change in fatty acid composition affect so many parts of the bean, as well as improve so many different applications.”