The USDA's Agricultural Research Service has developed a pouch that releases chlorine dioxide gas that can eliminate E. coli bacteria and other pathogens on produce 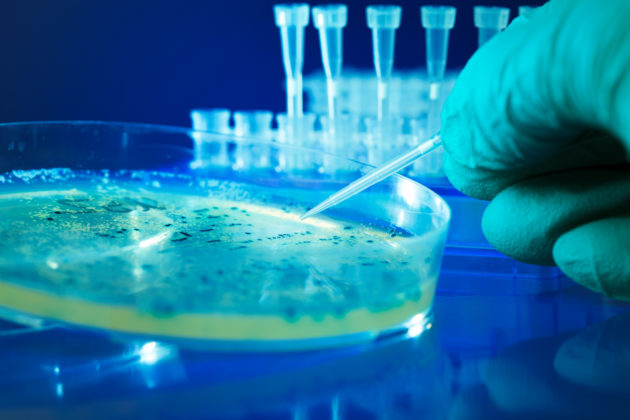 Beltsville, Md. – Recent work being done at the Agricultural Research Service (ARS), which is the research agency of the US Department of Agriculture, could help make produce safer.

In an article in the July 2017 edition of AgResearch Magazine (“Chlorine Dioxide Pouches Make Produce Safer” by Dennis O’Brien), the ARS says it has been working with a company in Florida to create a plastic pouch that “releases chlorine dioxide gas, which eliminates Escherichia coli bacteria and other pathogens from the surfaces of fruits and vegetables.”

The article reports that the pouches “are about half the size of a credit card and can be packed into shipping containers.”

The Florida manufacturer is Worrell Water Technologies, which hopes to market the pouches to wholesalers and produce packers in the US and around the world.

The researchers included Jinhe Bai, a plant pathologist, and his colleagues at the ARS’s US Horticultural Research Laboratory.

Bai and his colleagues found that “the chlorine dioxide gas could be released too quickly, which could cause chemical burns on the fruit.” So the team went back to the drawing board and “redesigned the pouch with a semi-permeable membrane that vents the gas at a slower rate.”

At least 25 per cent of the fruits and vegetables produced around the world are lost after harvest because of spoilage from microbial contamination, Bai says in the article. “And E. coli and other pathogens on the surface of produce can cause illness if the produce isn’t well washed or cooked.”

But, says the article, packaging chlorine dioxide in a plastic pouch is a first for the industry.

“When Bai and his colleagues put the pouches into cartons of grapefruit using typical packing, shipping, and storage conditions,” says the article, “they found 10 times fewer bacterial and fungal pathogens than on grapefruit stored without pouches. A panel of ARS volunteers in Fort Pierce, Fla. found that the treatments didn’t change the appearance or taste of the grapefruit.”

Bai says that other tests found “a 100,000-fold reduction in E. coli in inoculated grape tomatoes stored with the pouches.”

The pouches could potentially be as effective a sanitizer on other produce, but the researchers say they need to conduct further studies to be sure.

The article reports that the “pouches cost a few cents, and only one to three are needed per crate or carton, so using them shouldn’t add much to the price of the produce.”