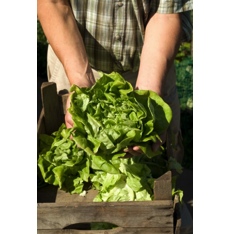 Chiquita Brands International and its salad subsidiary Fresh Express have introduced FreshRinse, a new technology the companies say is a breakthrough in keeping produce safe and fresh. The produce wash is designed to dramatically reduce microorganisms on leafy greens and better maintain freshness.

According to the Cincinnati, Ohio-based produce company, the technology is the result of years of research and development. Part of the launch, it says, is to reaffirm its commitment to public health, while raising industry standards for food safety. As a result, the FreshRinse technology will be available for license to the entire industry.

In studies on suspended and attached pathogen cells, Salmonella and E. coli 0157:H7 were reduced by nine times or more on romaine and spinach as compared to chlorine produce wash. In addition, FreshRinse resulted in more than 750 times greater reduction of suspended pathogens as compared to chlorinated wash water. A third-party pathogen study was also conducted by the Illinois-based National Center for Food Safety and Technology.

Chiquita unveiled the technology at the Produce Marketing Association’s Fresh Summit in Orlando, Fla. The company says it will launch a consumer awareness program about FreshRinse in early 2011.