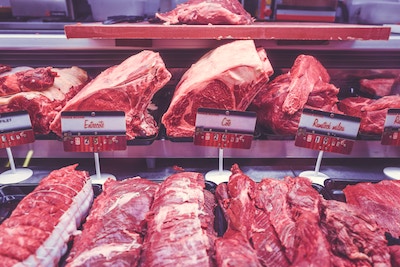 The Canada Food Price Report for 2019, released last week, makes assumptions that the cost of meat is set to fall because Canadians are adopting plant-based diets. In fact, the beef demand index is strong, only showing a decrease of two per cent demand in 2018, but maintaining levels not seen since the late 1980s. Statistics Canada data shows that meat consumption by Canadians has decreased steadily between 2004 – 2015 – and not suddenly because of any specific dietary trends.

“The report is misleading and makes assumptions that meat prices in Canada could go down because of demand and new market entries, when in fact many factors need to be considered,” says Chris White, President of the Canadian Meat Council (CMC). “The global spike in meat prices in 2013-14 drove worldwide meat production expansion. Increased supply has allowed prices to begin to decline across the world including in Canada.”

Market pressures, such as feed prices and other factors, can also affect the price of animals, and this trickles down to the retail price of meat. Despite recent price decreases in beef by 4.2 per cent over last October, prices throughout 2018 have been higher than the 5-year average, with prices also being pressured by higher domestic beef supply, as opposed to a decrease in demand.

It’s simply a case of increased supply reducing the price. The Canadian Food Price Report 2019 shows the prices of foods since 1986, and meat rose significantly from 2012 to 2016, so the small recent decrease in price is also likely due to a market correction, and not directly linked to new market entries.

“While some Canadians are exploring new protein options, they also understand moderation which applies to all aspects of life. Families are eating red meat well within Canada’s Food Guide recommendations, and more importantly, they understand the benefits of the essential nutrients that red meat provides” added White.

With a new food guide forthcoming and media reports stating red meat recommendations would go down – CMC met with the Minister of Health in April who provided re-assurance that updated Food Guide would not tell Canadians to decrease their meat consumption, as it is an essential part of a healthy, balanced diet.

According to an Ipsos poll conducted in September 2017 of 1,000-plus Canadians, 72 per cent of respondents reported eating three or less servings of meat a week. Encouragingly, three out of four respondents understand the important role that red meat plays in getting essential nutrients for health. These findings are consistent with Health Canada data which reported of the 21 meals available in a week, three to four included a serving of red meat.

“Meat has benefits when added to diets that are largely plant-based by helping the body absorb nutrients, like iron and zinc,” said Mary Ann Binnie, a nutrition expert with CMC. “The synergies of eating red meat and veggies together cannot be underestimated.”