Cavendish Farms has opened an 88,000-sq.-ft. potato storage facility the impact of which "will be felt across the island," says Agriculture and Agri-Food Canada 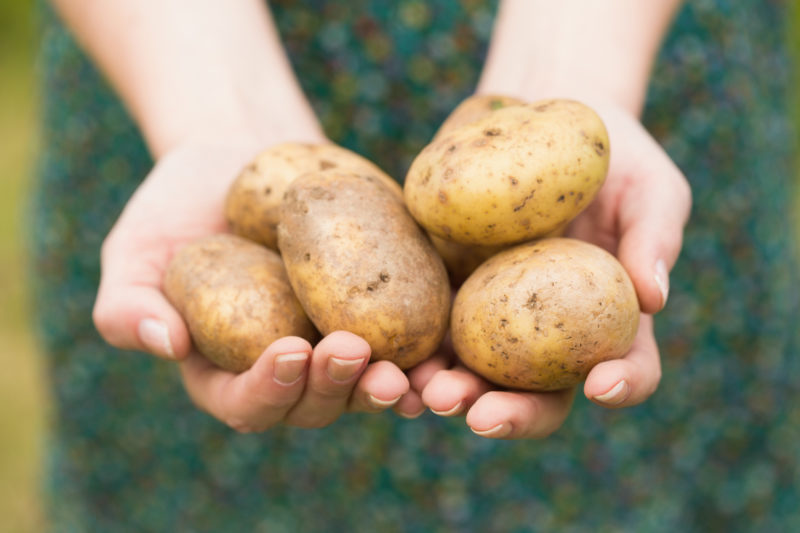 New Annan, PEI – Cavendish Farms has officially opened its new potato storage facility, which will mean the company can supply potatoes year round.

The new facility, says a statement, is 88,000 sq. ft. and has a refrigerated potato storage capacity of 48 million pounds. The facility is split into two separate buildings with each building being 44,000 sq. ft.

Cavendish Farms is using the Tolsma System, which will allow the company to maintain consistent quality potatoes all year for use at its two processing plants on the island.

Robert Irving, president of Cavendish Farms, says in the statement that the state-of-the-art storage “will allow us to continue providing the best quality frozen potato products to our customers.”

A story on CBC.ca (“Cavendish Farms getting major storage upgrades,” by Noah Richardson on July 24, 2017) reports that the new facility will “replace six outdated ones, which are 50 to 60 years old and poorly insulated. They also don’t have refrigeration and lack airflow.” The new facility “will use 35 per cent less fossil fuel than the ones they’re replacing.”

The statement says about 60 people have been working on the site every day since construction began this past May. The majority of the workers are from PEI. The company estimates that just the construction “took 120,000 person hours of work.”

“Our government has set an ambitious target to export $75 billion of agri-food products by 2025,” says Lawrence MacAulay, Canada’s minister of Agriculture and Agri-Food.

“Here on the Island, our potato farmers will play a key role in achieving this target. With this innovative potato storage facility, our farmers will have more opportunities to sell their products year round, while helping to grow our middle class through good jobs and long-term employment. The impact of this new facility I’m sure will be felt across the Island.”