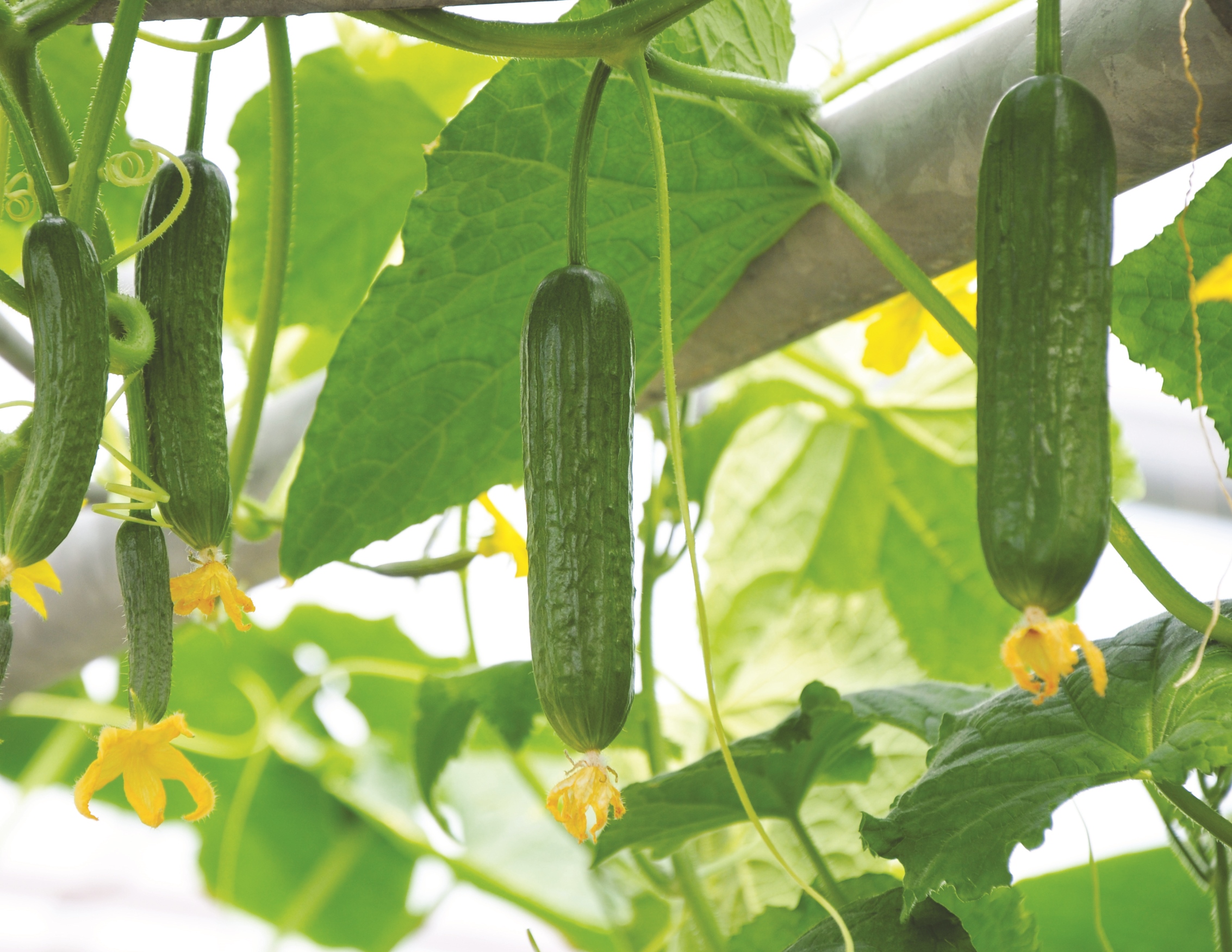 In a statement (“Ontario greenhouse cucumbers find fresh new markets in Asia,” on Oct. 10, 2017), the Agricultural Adaptation Council (AAC) explains that “recent economic expansion combined with limited domestic production of cucumbers in Asia sparked the idea for a series of trade missions by Ontario greenhouse growers to explore market opportunities.”

The Ontario Greenhouse Vegetable Growers (OGVG) worked on developing market initiatives throughout 2014 and 2015.

They’re now seeing the fruits, or veg, of their labour.

Jacquie Trombley, OGVG’s Marketer Liaison Officer, says in the statement that the organization has started pilot shipments “to select Asian markets right now. The success of these pilot shipments will lead to weekly shipments.”

The statement says the growers in Ontario can have their cucumbers in Asia in just two or three days after picking.

There were challenges in making it all work. Trombley says in the statement that regulations and logistics was one. And “getting Asian customers to believe Canadian farmers could grow cucumbers all year round.”

In 2015, the statement says the OGVG hosted an Ontario greenhouse vegetable trade show in Hong Kong so that potential buyers could see what vegetables were on offer. The group also provided educational information and technical support.

This came in handy, since as Trombley explains, “Ontario cucumbers look different from what Asian consumers are used to because we grow different varieties. We considered that challenge and hosted our own trade show to demonstrate our products.”

Growing Forward 2 funded in part the market development project from 2014 and 2015, which was “the first significant step toward expanding Ontario greenhouse vegetable exports overseas. OGVG is building on that success to expand marketing and sales in other Asian markets,” says the statement.