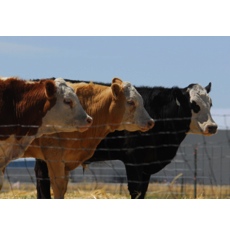 Parliamentary Secretary Jean-Claude Poissant made the announcement (on behalf of the Minister of Agriculture and Agri-Food Lawrence MacAulay) at the 15th anniversary of the Foire gourmande in Ville-Marie, Que.

“Innovation is a priority for the Government of Canada,” says Poissant. “This research is a great example of cooperation between the industry, academia and government to develop innovative and cost-effective feed solutions, resulting in greater returns for cattle producers, and a stronger Canadian economy.”

According to a government press release, the research is intended to boost cattle producers’ bottom line and enhance the competitiveness of Canada’s cattle sector.

Researchers from the Abitibi-Témiscamingue’s Agri-Food Research Station (University of Quebec in Abitibi-Témiscamingue (UQAT)), and two AAFC Research and Development Centres (Québec, Quebec and Kentville, Nova Scotia) have collaborated on this project; and the Producteurs de bovins du Québec and Fondation de l’UQAT are also contributing to it.

“While animal feed represents more than 50 per cent of total expenditures of the cow-calf sector, the vast majority of which are related to machinery, extending the grazing season is a major economic issue for the profitability of these businesses. It is to address this issue that a number of partners have contributed to the project,” says Maurice Migneault, President, ANPB.