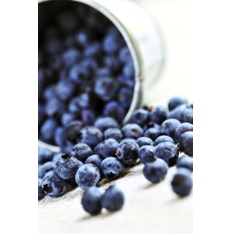 New Brunswick’s Esgenoôpetitj First Nation is celebrating the completion of a new bridge that will allow the community to develop 249 hectares of reserve land for blueberry development.

Work on the bridge began in August and was completed on Sept. 11. Constructed by Fornebu Lumber, the bridge completion was made possible in part by an investment of $247,000 from the Northern New Brunswick Economic Development and Innovation Fund.

“Our government is working collaboratively with First Nation communities to strengthen our relationship,” says Government Services Minister Ed Doherty, who is also minister responsible for Aboriginal Affairs. “As part of that relationship, we work closely to foster economic opportunities like this one, which has tremendous potential.”

The community is working to develop the area specifically for wild blueberry harvesting.

“Esgenoôpetitj is located in the heart of one of New Brunswick’s major wild blueberry producing regions, providing a strategic competitive advantage and a perfect opportunity for the First Nation to partner in expanding the industry, creating jobs and supporting families in the community,” says Agriculture, Aquaculture and Fisheries Minister Rick Doucet.

The departments of Natural Resources and Agriculture, Aquaculture and Fisheries managed the bridge contract.

“The partnership created is a demonstration of the positive relationships being fostered among industry, government and First Nations,” says Natural Resources Minister Denis Landry. “I am pleased that the Department of Natural Resources was able to play a role in the construction of this important piece of infrastructure for the community.”