A recent report links traumatic brain injury in teens to energy drinks, but the CBA is not convinced. 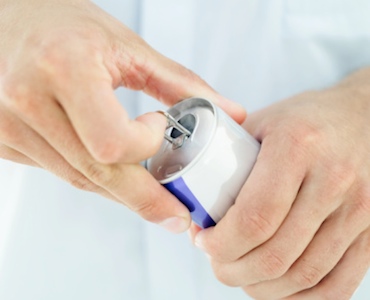 A recent study has found a link between energy drink consumption and traumatic brain injury in teens, but the Canadian Beverage Association is defending the popular caffeinated beverages.

Data for the study was collected by the Centre for Addiction and Mental Health (CAMH)’s 2013 Ontario Student Drug Use and Health Survey. Approximately 10,000 students ages 11 to 20 participated in the self-administered, in-classroom survey.

The Canadian Beverage Association, however, responded to this study with a defence of energy drinks in an official statement: “The study published today cannot and does not show a causal link between energy drinks and adverse health outcomes. Energy drinks are non-alcoholic beverages which, in Canada, contain approximately half the caffeine of an equivalent-sized cup of drip coffee. According to Health Canada, 93 per cent of all caffeine consumed by Canadians comes from coffee and tea.”

The statement continued, “This year, the European Food Safety Authority (EFSA) confirmed the safety of energy drinks and their ingredients. EFSA concluded in its risk assessment that other typical ingredients of energy drinks do not affect the safety of caffeine consumption from those drinks, and that caffeine can be safely consumed in conjunction with physical exercise under normal conditions. This authoritative body’s opinion clearly demonstrates that there is no scientific justification for energy drinks to be treated any differently than other contributors to daily caffeine intake.”

Related
Feds limit caffeine in energy drinks
Whose Decision is it Anyway?
[Updated] To tax or not to tax sugary drinks – the Beverage Association responds