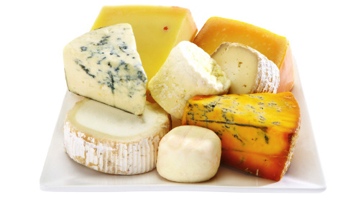 The Sélection Caséus competition, which celebrates excellence in Quebec cheeses, handed out its awards at the Musée national des beaux-arts du Québec on Sept. 15. At the Caséus awards, Agropur products were the jury’s first choice in two categories: Agropur Grand Cheddar aged five years, made at Notre-Dame-de-Bon Conseil, Que., was the big winner in the “cheddar cheese” category; and OKA L’Artisan won first prize in the “firm or hard cheese” category.

At the American Cheese Society’s 32nd annual Judging & Competition in Providence, R.I., in July, nearly 1,800 cheeses from the U.S. and Canada were entered into competition. Agropur cheeses made in Oka, Saint-Hyacinthe, Saint-Damase and Notre-Dame-du-Bon-Conseil won a total of eight awards at the high-profile event – one first-place award, four second-place awards and three third-place awards.

In a statement, Agropur congratulated and expressed pride in its employees, saying their “passion for their craft is earning [Agropur’s] cheeses recognition across North America.”