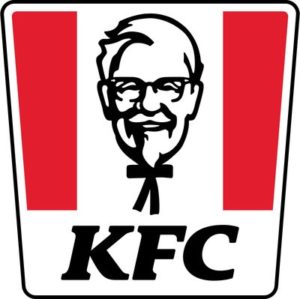 KFC Canada announced a partnership with Chicken Farmers of Canada by featuring the “Raised by a Canadian Farmer” seal on its products. The seal indicates that restaurants and grocery retailers source their chicken raised by Canadian farmers.

The raised by a Canadian farmer seal represents where the chicken comes from and it also stands for a set of standards: animal care, on-farm food safety, emphasizing cleanliness and sustainability.

Canadians will begin to see the “Raised by a Canadian Farmer” seal on in-store packaging and signage at KFC locations across the country, as well as on KFC Canada’s social media pages and website.

“The raised by a Canadian farmer brand is synonymous with origin and quality and is a symbol for the innovation, pride, and hard work that Canadian chicken farmers put in every day.” said, Benoît Fontaine, chair of Chicken Farmers of Canada.

According to the Chicken Farmers of Canada’s 2016 Sustainability Report, 80 per cent of Canadians say they trust farmers. Additionally, 77 per cent say they trust Canadian raised chicken seals coming directly from farmers rather than manufactures or retailers. The “Raised by a Canadian Farmer” seal adheres to the following standards:

Animal care is a mandatory program that demonstrates proper animal care throughout each step of the production cycle, from the birds’ arrival in the barn including transportation and processing, to ensuring farmers adhere to strict antimicrobial strategies laid out by both industry and the government.

These mandatory rules govern chicken farms from coast to coast and include top-notch requirements for biosecurity, disease prevention, feed, water management and testing, along with all the record keeping necessary to prove that farmers are adhering to the process.

Sustainable chicken production means protecting animal health and welfare, producing safe chicken, preserving the health of the land and of Canadian farms, and contributing to the Canadian economy by providing affordable food to Canadians through proper supply management.