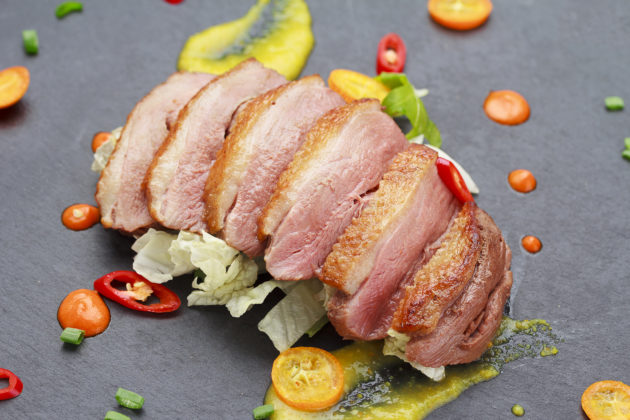 Quebec-based Brome Lake Ducks, the oldest farm in Canada specializing in the breeding of Pekin duck, has acquired the former Viande Laroche beef plant, located in Quebec’s Eastern Township municipality of Asbestos. The $30-million investment also includes the construction of a new hatchery and a new livestock building in the Quebec region of Brome Lake.

According to a press release from the company, the expansion project will allow Brome Lake Ducks to double its annual production and create more than 150 new jobs over the next few years.

“Our new processing plant, will occupy 51,000 square feet and will not only permit to consolidate the leadership of Brome Lake Ducks on its markets, but also ensures its growth and competitiveness by producing the quantities needed to meet the local and international demand,” says Claude Trottier, president and COO of Brome Lake Ducks.

Located on the western shore of Quebec’s Brome Lake, the company currently has more than 200 employees. According to the press release, the company’s output has increased eightfold since 1990: from 500,000 birds in 1990 to a yearly production that surpasses two million ducks. Their product is shipped to customers throughout Canada, Asia, South America and the United States.

The company expects that this acquisition will help it double its production from two million to more than four million ducks by 2020, with a continuing emphasis on quality. “The high-level equipment and cutting-edge technology that we find here will allow us to increase our production by more than 500,000 ducks per year while maintaining the high quality of our products that has become our trademark,” adds Mario Côté, Chairman of the Board of Brome Lake Ducks.

This acquisition is the result of a collaboration between Brome Lake Ducks, Fond de diversification économique de la MRC des Sources, Investissement Québec and Desjardins, according to the company’s press release.

Brome Lake Ducks has been specializing in the breeding of Pekin duck since its establishment in 1912, and its product line currently includes raw products as well as several processed products such as rendered duck fat, duck sausage, candied duck thigh, rillette and more.