A Taste of Devour! The Food Film Fest

On August 29, 2018, George Brown College in Toronto will celebrate a Canadian Treasure inductee with six pre-eminent Canadian chefs creating dishes inspired by short films from the official 2018 Devour! Food Film Fest program.
The event will preview five short films from the upcoming 2018 edition of Devour! in Nova Scotia between courses, with time for the chefs to introduce their dishes and for organizers to talk about the films and the festival.
Chefs for the evening will be:
Details:
Date: Wednesday, August 29, 2018
Time: 6:30 pm – 9:30 pm
Location: The Chef’s House, 215 King St East, Toronto
Price: $125 plus HST and fees
For more details and to order seats, visit the ticketing page.
Print this page 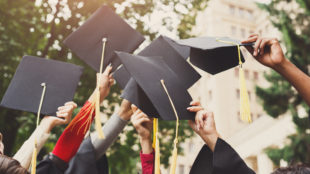 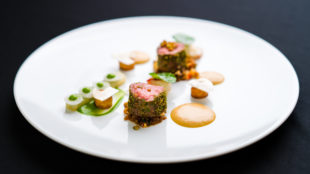 Young Canadian chefs have a chance to heat up the kitchen 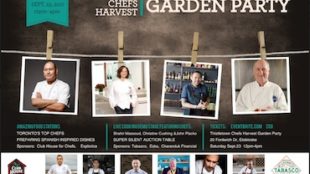 Visit the Chefs Harvest Garden Party and help a good cause