Maple Leaf Foods is considering all its options when it comes to its $1.6 billion Canada Bread business. One of the options is selling it.

Toronto – Maple Leaf Foods says it’s exploring alternatives for its bakery business, the Canada Bread Company Ltd., including putting its share of the company up for sale.

Maple Leaf owns 90 per cent of Canada’s largest manufacturer and marketer of value-added flour based products. Canada Bread has a value of $1.6 billion according to recent stock market prices.

After news of the potential options for Canada Bread were made public, Maple Leaf Foods’ shares jumped.

The GlobeandMail.com reports that this news from Maple Leaf came just as other foreign companies have been eyeing its meat division.

The newspaper reports that food producers from China, Brazil and the U.S. have expressed an interest in acquiring the meat business, but senior executives at Maple Leaf have rejected the notion.

The newspaper goes onto say that the sale is an attempt to increase returns for shareholders, since the company’s stock price has languished in recent years.

Maple Leaf says that seven years ago it began implementing a strategy to increase scale, productivity and profitability in its protein operations.

“Exploring strategic alternatives” for Canada Bread is part of the final phase of this strategy, the company explains in a release. The strategy is on track to be completed by 2015 and is expected to deliver significant returns to shareholders.

The CBC.ca reports that Maple Leaf, which had a wide variety of meat processing operations in addition to the bakery business, has recently sold its Rothsay rendering business to Darling International, a Texas-based business.

The company also agreed this past summer to sell its commercial turkey farms, hatchery operation and breeding farms to two Ontario-based companies.

Canada Bread, a publicly traded subsidiary, has also been downsizing, says CBC.ca. It announced in January that it would shut two factories: in Brad Falls, N.B., and Edmonton, Alta. The two operations had a total of 121 jobs. 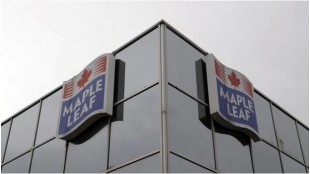 Maple Leaf Foods closes one plant and moves production to another 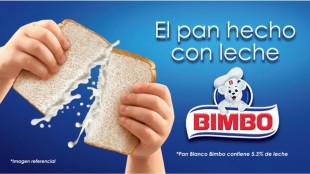 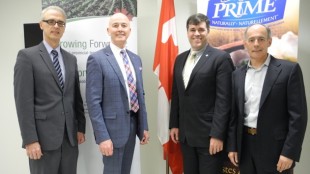