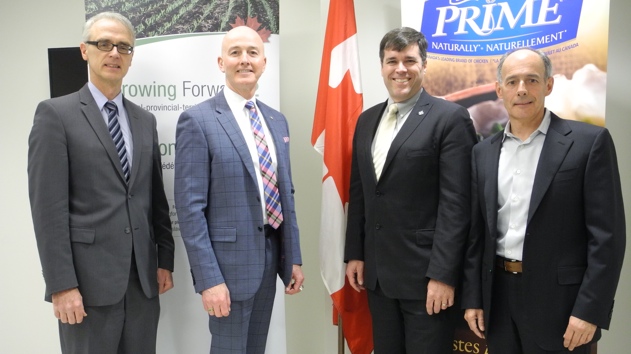 The investment is to help the company purchase and install new meat processing technology for its new meat plant in Hamilton.

The amount is a loan that will cover half the cost of the new fully automatic machinery, reports the TheSpec.com. The equipment is expected to make deli meat production safer and more efficient.

“Innovation continues to be a priority for our government,” said Lemieux, “and making strategic investments like this in one of Canada’s largest food processors will boost the competitiveness of the meat sector and create employment opportunities for years to come.”

At the announcement, Rick Young, Maple Leaf’s executive vice-president for Transformation, said the government’s support is an important expression of confidence in a company struggling to reshape itself for global competition, reports TheSpec.com.

Maple Leaf says the plant will be a high-efficiency operation. About 140 of the approximately 700 jobs at the new plant will be management and technical positions, which will reduce the number of human hands that will touch the product as it goes through the system, says TheSpec.com.

The plant will also create more capacity for local farmers to sell their products for processing.