New Brunswick's Northern Harvest Sea Farms has received $8.15 M towards a $17.6-M expansion of its operations in Newfoundland 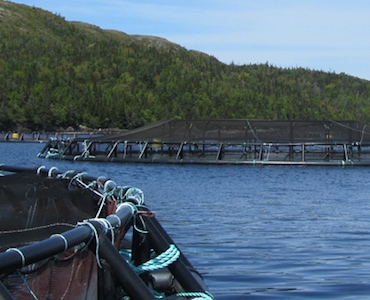 Letang, N.B. – One of the largest aquaculture companies in North America just received funding to help it expand its operations in Newfoundland.

from the Global Aquaculture Alliance, is a producer of farmed salmon.

The company is putting the funding towards a $17.6-million expansion of its aquaculture operations in the Coast of Bays on Newfoundland’s south coast.

The funding will go toward capital asset investments in grow-out technology including:

The investments will increase the company’s annual production of Atlantic salmon from 12,000 tonnes to 16,000 tonnes and increase employment from 145 to 180 jobs. Northern Harvest intends to process the salmon at its Harbour Breton and St. Alban’s plants.