Toronto, Ont. – Baked goods producer and grocery retailer George Weston has announced that its net earnings fell 40 per cent in the fourth quarter of 2012, pulling annual net profits down by 23.5 per cent.

George Weston, the largest shareholder in Loblaw Cos., said the drop was primarily attributable to the impact of the forward sale agreement for 9.6 million Loblaw common shares, as well as restructuring and other charges.

The increase in earnings – adjusted basic net earnings were $1.02 per share, up from $1.01 in the same period in 2011 – was due to an improvement in operating performance for Weston Foods and Loblaw, including a $61-million restructuring plan by the latter division in Q4. 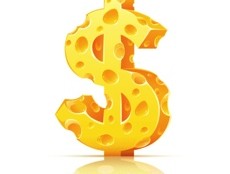