Atlantic Canadians to vote for their favourite food in annual competition

Co-op Atlantic, a local chain of grocery stores, is again promoting its annual Eat Atlantic Product of the Year competition.

There’s also the Atlantic Challenge, a new element to the event, which encourages Atlantic Canadians to eat nothing but regionally grown or processed foods.

More than 3,300 people have already logged on to www.eatatlantic.ca to vote for their favourite brands from a list of 10 East Coast products, reports the Telegraph Journal.

Co-op Atlantic launched the challenge in 2008. The goal, reported the Miramichi Leader, was to help people understand the benefits of choosing foods produced in Atlantic Canada.

Online voting closes Aug. 30 and the winner will be announced Sept. 1, which is also the day Atlantic Canadians are encouraged to eat only made-in-Atlantic Canada products.

UPDATE: Eat Atlantic has a winner 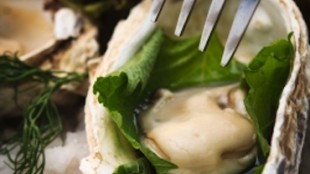