Consumers will know what they’re drinking 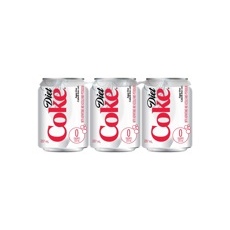 If consumers want to know how many calories they were consuming with each Coke, now they’ll know. The Coca-Cola Company announced earlier this month that it would be including energy information (calories) per serving on the front of nearly all product packages in a move to increase consumers’ awareness about the calorie content of its beverages.

Coca-Cola is the first company in the beverage industry to make this kind of international commitment.

The new labels will make it easier for consumers worldwide to make more informed decisions about the beverages they drink based on their own individual taste preferences and nutritional needs.

The company already has rolled out front-of-pack energy labelling throughout Europe and Australia with Mexico and the U.S. currently in roll-out phase.

Canada will begin its roll-out phase in February 2010 with sparkling beverages. The Coca-Cola Company’s global commitment is to have front-of-pack energy information on all products by the end of 2011.