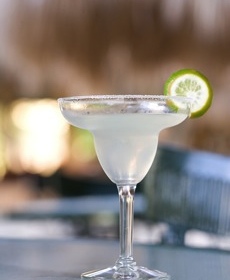 The big trend in the beverage market in the U.S. is that it has shifted to niche products that target a diverse set of consumer needs, occasions and benefits, says a recently released report.

The report has found that there are two drivers spurring sales in the beverage market:

• Better for you is the number-one driver and includes functional, nutritional boost and holistic wellness beverages

The CCD also produces the Trend Map, where it maps out new product trends. In this recent Trend Map, the CCD says cocktails are experiencing a renaissance as they connect to consumer interest in retro experiences. Having struck such a chord with consumers, they will inspire new versions of non-alcoholic packaged beverages.

Another trend it has identified is coconut water, an electrolyte-packed tropical treat. Coconut water has drifted from beachside to store shelf. Coconut water is a rich source of potassium, calcium and magnesium, it has no fat or cholesterol, is relatively low in sugar, and purportedly can help regulate blood pressure and maintain heart health. Another trend from the Trend Map is stevia. The U.S. Food and Drug Administration (U.S. FDA) approved it in late 2008. In the U.S. it has been called the “holy grail” of sweeteners. Within days of the U.S. FDA’s approval manufacturers rushed their stevia-sweetened drinks that had been waiting in the wings to market, especially soft drink manufacturers who were hoping to reverse the declines in their category.

Other beverage trends in the report include exotic functional flavours, Ayurveda in a bottle, 21st century sodas made with cane sugar and exotic natural flavours, and functional kids’ beverages.