Battle Creek, Mich.-based Kellogg Company is one of the first baked goods and snack foods companies to estimate the financial impact of the 1,555 products recalled in the U.S. by the Food and Drug Administration and the 184 products recalled by the Canadian Food Inspection Agency (40 made-in-Canada, 144 imported) due to peanut ingredients suspected to be contaminated with salmonella. During a fourth quarter investor presentation in February, Kellogg president and CEO David Mackay said the recall related to Peanut Corporation of America (PCA) has reduced earnings by six cents per share (about US$24 million).

Brands owned or manufactured by General Mills, Best Brands, Ralcorp, Nature’s Path Foods and Sara Lee, as well as those of dairies, confectioners and major grocery chains, were effected by the recall of peanuts, peanut butter and peanut paste produced by Lynchburg, Va.-based PCA.

PCA first announced a voluntary recall of peanut butter produced at its Blakely, Ga. plant on Jan. 13 for products produced on or after July 1, 2008. The recall was expanded to include additional products, production dates going back to January 2007 and lot numbers on Jan. 18 and Jan. 28. The company says the plant was regularly inspected by state and federal regulators in 2008, and independent audits gave the plant acceptable or excellent ratings.

American consumers are steering clear of peanuts but how clear are they on the facts? 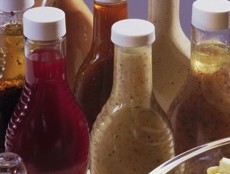