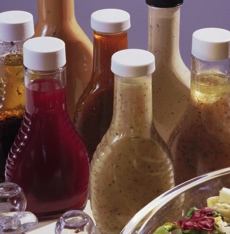 According to new reports that have surfaced in the recall of hydrolyzed vegetable protein from Basic Food Flavors of Las Vegas, the company knew its plant was contaminated.

The Washington Post reports that managers at the company learned on Jan. 21 that samples from its plant had tested positive for salmonella. In fact, the company tested samples twice in January and once in February, finding salmonella on all three occasions. But didn’t start notifying its customers until Feb. 26.

HVP used in many products

Hydrolyzed vegetable protein, or HVP, is a common ingredient used more often as a flavour enhancer in foods such as soups, sauces, chilis, stews, hot dogs, gravies, seasoned snack foods, dips and dressings. Business Week reports that the contamination could trigger the recall of as many as 10,000 products. The news has already sparked the recall of products in Canada as well.

On March 10, PepsiCo Inc., Proctor & Gamble Co., Nestlé SA and McCormick & Co. all announced several recalls. And, says Business Week, as of March 10, more than 100 products have been removed from store shelves.

While to date there have been no reported illnesses, food safety experts are calling it a wake-up call for the industry, saying processors need to be more thorough in evaluating suppliers.