New market research finds that the breakfast category is huge among consumers, who are willing to pay more for higher-quality breakfast products

Chicago, Ill. – More and more consumers in the U.S. are waking up to the importance of having a good breakfast.

Mintel, a market-research firm, has found that consumers have a healthy appetite for breakfast as sales are growing and nutritional claims are thriving.

Mintel conducted a survey and found that the majority of respondents (69 per cent) who eat any breakfast foods during the week consider Low Cholesterol or Heart Healthy claims important when selecting foods they typically eat for breakfast.

Additionally, about 65 per cent of respondents think Low-Fat and High-Fibre are significant health-related attributes when selecting breakfast foods.

Overall, the breakfast foods category has experienced solid growth during the recession, with a 20 per cent increase in dollar sales from 2007-11, going from US$10 billion in 2007 to US$12 billion in 2011.

Furthermore the market is forecast to continue to grow by nearly 26 per cent from 2012-17 to reach a predicted US$15.7 billion.

“Eating at home to save money and the convenience of many products in the breakfast category likely aided in its impressive sales growth. While price will continue to play an important role when it comes to breakfast foods, Mintel’s research shows that consumers are willing to pay more for higher-quality breakfast products,” says Carla Dobre-Chastain, a food analyst at Mintel.

“Therefore, manufacturers and retailers need to strike a balance between price and quality in order to stay at the top of the market.”

What’s more, despite 45 per cent of respondents enjoying pancakes for breakfast, 40 per cent frozen waffles and 33 per cent packaged sausages, it is in this traditional breakfast food category where consumer demand for healthy claims is higher.

Moreover, 53% of respondents believe that breakfast foods served at restaurants taste better compared to what is available in a grocery store. Additionally, close to half (48 per cent) of consumers indicate they would like to see more restaurant-style options in their grocery store’s aisles.

“While a frugal mindset is keeping many people from regularly eating out, aggressive breakfast offerings at restaurants have been attracting many customers; therefore, restaurants continue to remain a threat to breakfast food manufacturers and retailers,”adds Dobre-Chastain. 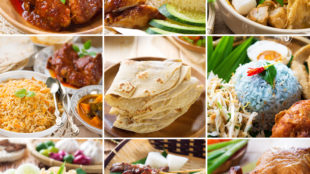