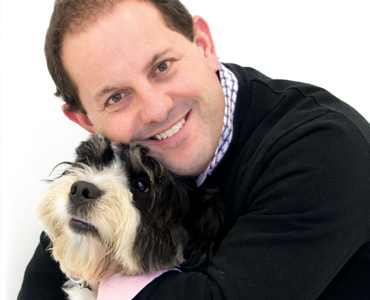 Peter Kaufman didn’t want to take on manufacturing food for pets on his own when he first started in the late 1990s. He wanted to partner with a food processor who shared his vision. The problem was his vision for a pet food manufacturing company that was fully transparent and made pet food with the same care as human food was radical for the time. He couldn’t get anyone on board.

“When I visited human food manufacturing facilities in Canada and the U.S.,” recalls Kaufman, “they said, ‘Great idea, we love what you want to do but we don’t want to be associated with pet food.’”

When he talked to pet food manufacturing companies and explained how he saw pet food made with fresh ingredients and no fillers in an open space where customers could come in and see how the products were made, they closed their doors on him. Their response, says Kaufman, was “‘we’re not going to do the type of transparency you’re talking about.’”

Frustrated with all the dead ends, Kaufman ended up back in Montreal, where his father had run a factory manufacturing

women’s clothing. It was a conversation with his dad that made Kaufman face the reality of the situation. If he wanted to see his vision materialize, he would have to do it himself. “It was tough love,” says Kaufman. “He just said, ‘You have a vision, you have a passion. You become your own manufacturer.’”

So Kaufman got busy. The budding entrepreneur had mentors in the food industry and his contacts led him to chef Maurizio Barbieri, who at the time was creating artisanal baked goods for foodservice and retail. “He wasn’t from the pet food industry,” explains Kaufman. “He understood human food production, and his innovation, his approach to new products, was fantastic.” Barbieri began working with Kaufman in 2009, and by 2010 they had created Buddy’s Kitchen (Barbieri is vice-president of Operations). They set up shop in Aurora, Ont. in a 5,200-sq.-ft. kitchen and opened for business in 2011.

Buddy’s Kitchen began with two business segments. Its branded fresh meals and fresh snacks division (which included home delivery services) was sold in March to a company based in San Francisco in order to focus on the other business segment, private-label treats and snacks. The company produces private-label products for major store chains across Canada and the U.S., where up to 50 per cent of the business comes from. The company also has clients in Australia, and Kaufman expects they will begin shipping to the EU and China in coming years.

According to Kaufman, part of the company’s success has been that “a vast majority of pet owners were becoming discriminating pet parents who humanized their dogs and cats as members of the family.” Kaufman wanted Buddy’s Kitchen to manufacture treats and snacks that reflected what pet parents wanted: all-natural ingredients sourced in Canada when possible (some are sourced from the U.S.), the latest in super-food ingredients, clean proteins, and all of it traceable and transparent. The company does not use by-products, empty calorie ingredients, artificial ingredients, and fillers like corn and soy.

Buddy’s Kitchen is also certified by the Global Food Safety Initiative, the British Retail Consortium, and the Marine Stewardship Council. “Pet parents need those standards,” says Kaufman. “Pet parents in 2017 and beyond want to be able to trust the brands that they feed their dogs and cats.”

In 2016 the company moved into a brand new 22,000-sq.-ft. facility. The site includes a viewing area that allows customers to watch as food is manufactured. Kaufman says all the company’s equipment is “conventional human food production equipment. It doesn’t come from the pet food industry.” And none of the company’s products are mass produced. “Our approach,” says Kaufman, “and this is the key to our success, is artisanal. Production happens in smaller batches. Our relationships with suppliers are close. We get our hands into what we do.”

Managing the company’s growth is one challenge Kaufman says they face, as well as boosting production efficiency. He adds that attracting food professionals is another challenge, as innovators in meat production and bakery often don’t see the benefits of working in the pet food sector. But, says Kaufman, opportunities abound. For instance, he notes, in every demographic pet ownership is on the rise. “The beautiful thing is that a dog in Toronto, a dog in Florida, a dog in Paris or Hong Kong — are dogs,” he says. “Remember who we’re selling to — we’re selling to the discriminating pet parents and they love their dogs as members of the family. So the opportunities are really global, and that’s how we’re thinking.”