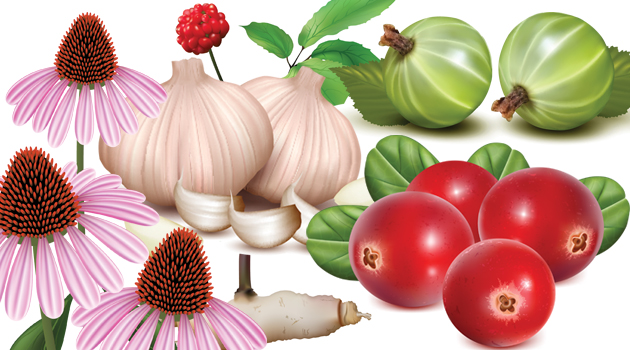 Plants have been recognized for their medicinal or therapeutic properties since prehistoric times. There’s evidence that some 60,000 years ago, Neanderthals valued botanicals as curatives.

Today, little has changed, with perhaps as much as 80 per cent of the world’s population continuing to rely on medicinal plants as a primary form of medicine. Even in countries where modern medical care is available, many still choose to achieve health and wellness through traditional medicine and medicinal plants.

Retail sales of herbal dietary supplements in the U.S. alone showed an increase for the ninth consecutive year, reaching a total estimated figure of nearly US$5.6 billion in 2012, according to a report by the American Botanical Council (ABC). With growing worldwide use, including in the food industry, comes the challenge of meeting the demand for high-quality raw materials. It’s no surprise that alteration and sustainability are two of the challenges facing botanicals.

According to a report released last fall by the Freedonia Group, worldwide demand for nutraceutical ingredients is forecasted to rise 7.2 per cent annually to US$30 billion by 2017. In particular, herbal and botanical extracts are predicted to see the fastest growth.

The most popular botanicals, according to World Nutraceutical Ingredients, are cranberry, garlic, ginkgo biloba, and ginseng. Interestingly, garlic ranks consistently in the top five selling herb and botanical supplements in the U.S., reports NutraIngredients.com.

Across the pond, a recent landmark study in Europe found that one in five Europeans takes “plant food supplements,” with ginkgo biloba, evening primrose, artichoke, aloe, fennel, valerian, soy, lemon balm, echinacea and blueberry being the most popular.

More acceptance of alternative medicine means more Canadians are familiar with traditional Chinese medicine (TCM) and Ayurveda. Botanicals play a central role in these systems and their medicinal ingredients are starting to creep into our collective vocabulary.

Gou-Qi-Zi may not sound familiar to the average consumer, but many have heard of goji berries. The Asian “superfruit” has been a rising star for a number of years due to its high antioxidant profile. Consumers may see more of this TCM ingredient in beverages that alleviate fatigue. A patent application reveals that beverage giant PepsiCo is exploring how Gou-Qi-Zi and other Chinese herbal extracts can reduce or eliminate caffeine all together in energy drinks.

Botanicals from India have been generating interest amongst researchers and ingredient developers for some time now, and many have achieved GRAS (generally recognized as safe) status, a U.S. Food and Drug Administration designation that approves its use in food and beverages.

Mark Blumenthal, founder and director of the American Botanical Council, says product developers ought to keep an eye on medicinal plants from the Ayurvedic tradition as they will see “strong market acceptance in the coming years.” These include the amla fruit, also known as Indian gooseberry, shown to be an effective anti-inflammatory agent; ashwagandha, or Indian ginseng, for its role in stress management; and, pterostilbene for its heart health benefits.

Caralluma fimbriata is another one. GE Nutrients, Inc., operating as Gencor, has offices in India and Hong Kong and manufactures Ayurvedic ingredients in India, and recently opened shop in the U.S. Gita Kasiri, a senior manager, says Gencor’s ingredient Slimaluma, a standardized extract of the succulent cactus, would be “ideal for use in foods that are intended for appetite suppression and satiety,” she says. Slimaluma is self-affirmed GRAS, stable at high temperatures and over 90 per cent water soluble.

Greater demand for healthier products necessitates a clean label and botanicals offer the possibility of making extra claims on the packaging such as “no artificial colour” or “natural flavours.”

Amandine de Santi of Naturex says in some cases botanicals are not only welcome additions, but an expectation from today’s shopper. Take the example of food colour. “The use of natural colours, for example, is no longer a way to differentiate from the competition, but has become a key requirement for consumers.” Naturex is a global leader in natural specialty botanical ingredients.

It may be hard to believe but most of the world’s supply of medicinal herbs is picked in the wild, not grown by cultivation, according to a report on medical plants released by Agriculture and Agri-Food Canada.

When a plant becomes popular medicinally, the result may be over collection. Canadian medicinal plants such as ginseng, goldenseal, Mayapple and Pacific yew have been susceptible to this. Worse, economically motivated alteration can result. As the world’s largest supplier of botanical extracts, Naturex continually battles with this issue as it deals with hundreds of suppliers and growers out of eight purchasing offices. The company has developed 350 different methods of analyses to test purchased botanicals, and if alteration is detected the company takes immediate action that, in some cases, may include prosecution.

Cultivation may be preferable to wildcrafting in many cases. Wild plants are preserved in their natural habitats and growers can explore new crops, grow different cultivars, and obtain organic certification, to name a few.

The federal government sees medicinal plants as an important opportunity for the development and diversification of Canadian agriculture. After all, last summer, the Conservatives changed how eligible persons can access medical marijuana and gave the okay to more licensed producers to sell or provide cannabis.

Plants have had and continue to play a crucial role in human history. From providing nutrition to medicines to commerce, plants have the power.