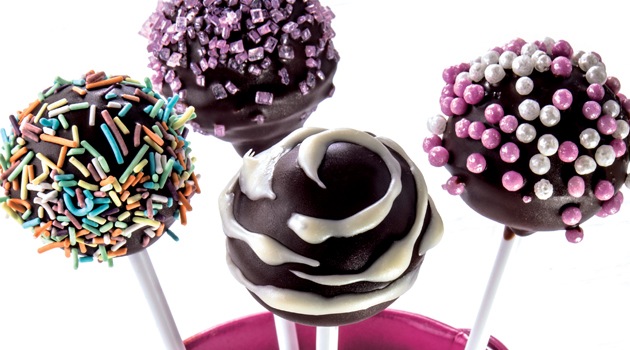 When he started working for Purdy’s 20 years ago, head chocolatier Gary Mitchell says the company was focused mostly on manufacturing the usual stuff like creams and caramels.

But consumer tastes and demand have changed to the point where he now spends much of his time whipping up wild chocolate creations like Himalayan Pink Salt caramels, Almond and Tonka bean chocolates, and Thai Chilli brittle.

“Things are nothing close to being the same old around here,” says Mitchell from Purdys’ purple headquarters in the heart of Vancouver, B.C. Mitchell creates some 150 new chocolates a year — about a dozen of which will make it into the company’s fast-growing chain of stores — in a test kitchen that is also used to shoot commercials and YouTube videos on cooking with chocolate.

Sweet and savoury chocolates, and chocolates with unusual combinations and intense flavours are just some of the consumer trends that are currently driving innovation and sales in Canada’s multi-billion-dollar confectionery market.

And just like in other sectors of the food industry, confectioners are working hard to meet changing demands in a fast-paced, wireless world where consumers with a sweet tooth still want their treats — but want them healthier, more customized, and even with some added health or social-responsibility benefits.

“You have to keep up with the times,” says Mitchell. The chocolatier also produces free online e-books on ways to use chocolate in everything from barbecue sauce for ribs or port wine on beef tenderloin, to a strawberry salad with chocolate balsamic vinegar dressing and chocolate rice crispy squares with peanut butter and bacon.

Though Purdy’s best seller remains the Hedgehog (smooth hazelnut gianduja filling inside a shell shaped like a hedgehog, a company classic that was developed and introduced a year or two before Mitchell arrived), Mitchell says demand is strong for his fantasy chocolates, as well as for “healthier” Purdy’s chocolates like an 88-per-cent cocoa bar, 70-per-cent cocoa chocolates infused with either goji berries and cocoa nibs or blueberries and almonds, and a 45-per-cent cocoa Ghana milk chocolate bar with dried and toasted shiitake mushroom and Hawaiian Red Sea salt.

That jives with the findings of Euromonitor’s report in December on chocolate confectionery in Canada. In addition to noting a trend “towards planned purchases of chocolate in larger size packaging than singles, increasing sales at the back of stores at a faster rate than impulse/front of store sales, as well as packaging which allowed for use and reuse becoming more popular,” the report found sales of premium chocolate “continued to edge up.”

The 57-page report also found that growth in fair trade and organic chocolate contributed “to an overall rise in value terms. These trends are expected to continue.” Both of these are key issues for an industry that is unique among segments of the Canadian food and beverage manufacturing system in that it is dependent on foreign supplies of its two primary ingredients: sugar and cocoa.

However, one enduring trend that never seems to grow old — and which continues to be a driver for chocolate confectioners — is the joy many people get when they sink their teeth into chocolate.

According to Sicard, Laura Secord keeps an eye on trends and “makes decisions every day” on a variety of issues such as health concerns over ingredients like palm oil, ensuring that cocoa farms use acceptable social and fair trade practices, and working with its network of Canadian subcontractors and suppliers to get the most recyclable and eco-friendly packaging possible.

But those issues are all secondary, she adds, to the real reason people buy Laura Secord chocolates. “They want to experience the pleasure they remember as a kid or from some special occasion like Christmas or Easter,” explains Sicard. That’s why, she adds, people are willing to drive an hour or more to buy a box of chocolates at one of Laura Secord’s 108 stores in seven provinces.

“They know they can rely on the same recipe and the same taste from an old-fashioned product that is tied to precious moments with their friends and family. That reality is our world [and] is the bottom line in our business.”

Health concerns, however, are in particular changing the very nature of the confectionery industry in Canada and other developed countries, a trend that has been on the rise since the 2009 recession.

A May 2011 Agriculture and Agri-Food Canada pathfinder report on packaged confectionery trends suggested that the recession caused many consumers to prefer volume over quality, and use confectionery as a reward or means to alleviate stress.

“However, sugarized gum, milk chocolate tablets and boiled sweets confectionery are all being adversely affected by mounting consumer health concerns,” notes the report. “Obesity and diabetes are major health issues that are increasingly affecting both the young and aging populations.”

When it comes to “healthy” confectionery, the report suggests consumers are now on the prowl for products that benefit dental and cardiovascular health, as well as low-calorie products that help assuage guilt over indulgence.

Confectionery, it notes, “has well-established links with healthcare as a delivery format for active ingredients, including nicotine chewing gum for smoking cessation, and medicated confectionery to treat coughs and colds. In recent years, we have seen confectionery and healthcare converge even further. For example, both dietary supplements and digestive remedies are now found in chewable tablet form.”

That demand is opening doors for new confectionery entrepreneurs like Brendan Kover and Jesse Beaulac of Hamilton, Ont. One morning in 2011, the two 28-year-old friends, athletes and successful businessmen, were sharing a coffee and talking about finding some fun product they could develop together.

“I was tired and Jesse offered me a gum, saying too bad you can’t get a boost from gum,” recalls Kover. “A light went on right away.”

In the weeks that followed that eureka moment, the idea evolved from the development of a pick-me-up gum into one of a gum that delivered vitamins. An Internet search revealed that an American company had developed a patented gum just three months earlier that delivered 10 per cent of the recommended daily dose of 12 vitamins in every two pieces.

The two contacted the company, tried some samples (“They were great,” says Kover, a life-long gum chewer), then travelled to Pennsylvania and bought the Canadian rights for Vitamingum.

During the two years it took to get Health Canada approval, the pair invested some $150,000 to develop catchy and self-descriptive bilingual packaging and counter displays. They also did a public relations blitz under the theme “A Healthier Chew,” and notably shot a YouTube commercial filmed in downtown Toronto. They then launched Vitamingum in six retail locations in the GTA in October 2013.

The results have surpassed even Kover’s optimistic expectations. Within four months, all 90,000 packs of Vitamingum that were initially ordered and produced as a private label by Ford Gum in the Buffalo region had been sold.

And as new orders roll off the production line, the number of retailers carrying the product in Ontario, where 12-stick packs sell for between $1.99 and $2.99, has expanded exponentially with the addition of big retail chain outlets like Petro Canada and 7-Eleven.

“We’re not trying to replace vitamins — that would be crazy,” says Kover, a former university basketball player and law student who dropped out — for now — to develop Vitamingum. “But lots of people don’t have or don’t take the time to eat properly and to get the nutrition they need on a daily basis. So we’re offering gum chewers — even people who don’t chew, but who want the functional health benefits — a healthier chew.”