A spiced rum with Haitian flavour 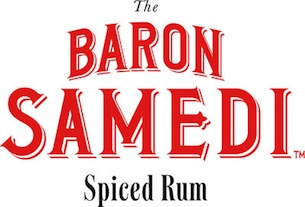 The Baron Samedi Spiced Rum is now available in Nova Scotia and New Brunswick. The

company will be launching it in Newfoundland in June. The company will announce a date for PEI soon.

Melanie Batchelor, vice-president of Global Spirits of the company, says, “The Baron Samedi Spiced Rum is named after one of the most notorious traditional Lao, or spirits, of Haitian Vodou culture.”

In a statement, the Batchelor describes the beverage as a “full-flavoured spiced rum bottled at 45 per cent alc./vol. and features Caribbean column still rum and a small amount of Jamaican pot still rum.”

She goes onto say that the rum contains all natural ingredients including vanilla, cocoa, cinnamon and vetiver spice, which is a grass native to Haiti. Vetiver gives the rum a woody and earthy flavour.

The Baron Samedi will be bottled at Gruppo Campari’s facility in Lawrenceburg, Ken.