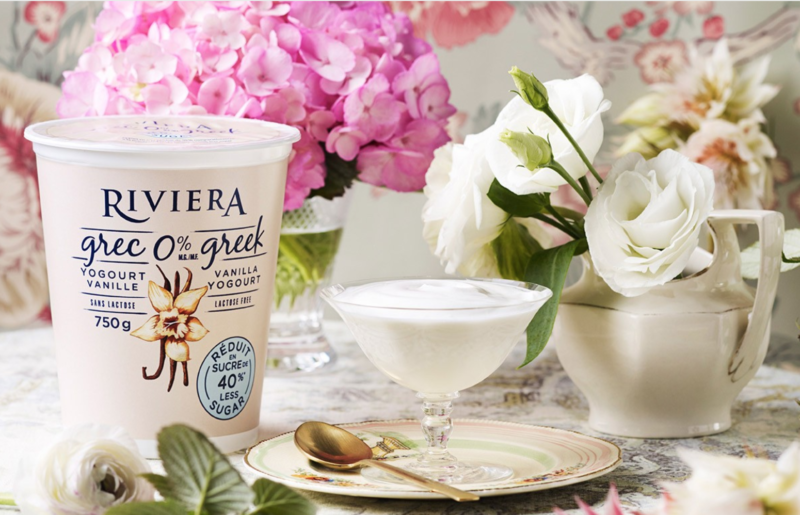 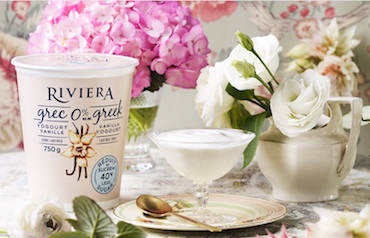 Laiterie Chalifoux has launched a lactose-free and fat-free Greek yogurt with a reduced sugar content.

The yogurt, which comes under the Riviera brand, has 40 per cent less sugar on average than most popular zero per cent M.F. regular Greek yogurts, says the company.

To create the new product, the company says it selected ripe fruits and then left them to macerate for a significant length of time under Italian master confectioners to draw out the natural sugar and avoid the need for adding stevia or other artificial sweeteners.

Riviera says it added Canadian sourced dairy ingredients to produce the first-of-its-kind 40 per cent reduced sugar, Greek-style yogurt at its facility in Quebec.

The company did not use any artificial sweetening agents, food additives or sweeteners, and says each 125-g serving contains eight grams of sugar and is lactose-free and because the yogurt is made with fresh skim milk with zero per cent milk fat contains 80 calories.

The yogurt is also high in calcium (20 per cent per serving) and protein (18 g per 175 g plain yogurt serving) and low in sodium, cholesterol and carbohydrates.

It comes in seven flavours: raspberry, mango, banana, orchard fruit, caramel, vanilla and plain and is available throughout Ontario at Whole Foods, Sobeys, Sobeys Urban Fresh, Foodland, Metro and other independent retailers. The yogurt has a suggested retail price of between $5.29 and $6.59.