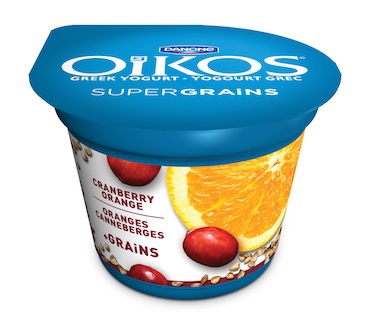 Boucherville, Que. – It’s a breakfast in a cup. It’s a perfect snack in a cup. Danone Inc. has added to its OIKOS family with the newest addition, OIKOS SuperGrains.

The new product combines the brand’s creamy 2 per cent Greek yogurt with a variety of nutritious grains.

Danone says the key ingredients in the new product have been nutritional staples for centuries and today reflect the growing trend towards wholesome food and healthy eating.

The products are available in a four-pack/100-g format at major grocery and big-box stores across Canada for a suggested retail price of $4.19.