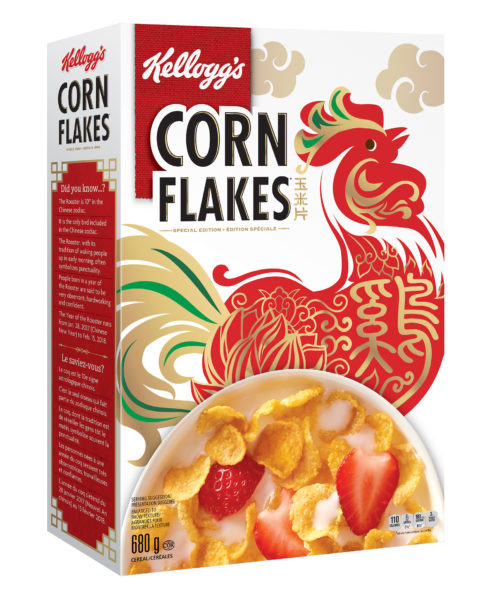 To help the Chinese Canadian community get the New Year off to a great start, and to toast the contribution of new Canadians to the cultural mosaic of Canada, Kellogg’s Corn Flakes cereal released a celebratory Chinese New Year package. 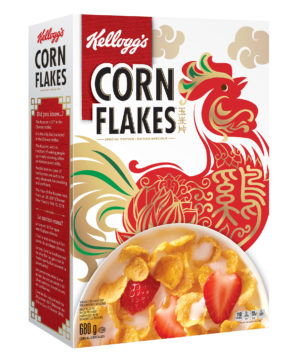 The special-edition packaging, available in limited quantities nationwide, includes:
· A festively stylized Cornelius the Rooster decorated in the traditional red and gold of the holiday along with culturally-inspired graphics;
· Traditional Chinese New Year well wishes written in Mandarin; and
· Fun and interesting facts about the Year of the Rooster.

“The Chinese Canadian community has made an immeasurable contribution to Canada,” said Lores Tomé, Director, Communications & Corporate Affairs, Kellogg Canada Inc. “The creation of this special-edition box of Corn Flakes cereal, the legacy product that launched Kellogg, exemplifies our commitment to welcoming new Canadians and helping nourish a great start for them and their families in Canada. On behalf of Kellogg Canada, I extend warm wishes to all those celebrating the Year of the Rooster.”

To add a bit of traditional fun, the back panel of the celebratory special-edition pack features eight simple steps for creating a Zhezhi rooster. The instructions also encourage creative consumers to try out one of three suggested combs on their paper rooster. Zhezhi is the centuries-old Chinese art of paper folding. It was originally used for ceremonial purposes. www.kelloggs.ca