Advancement on the State of Salmon Aquaculture Technology Study 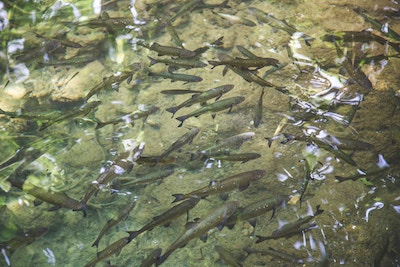 The Honourable Jonathan Wilkinson, Minister of Fisheries and Oceans, in partnershipwith the Province of British Columbia and Sustainable Development Technologies Canada (SDTC) announced that a Study on the State of Salmon Aquaculture Technology has commenced.

In December, the Government of Canada announced a new approach to aquaculture that is focused on ensuring Canada’s aquaculture industry is economically successful and environmentally sustainable. At this announcement, Minister Wilkinson indicated that advancements in environmental technologies could play a significant role in the evolution of the industry going forward.

The purpose of the study is to provide viable technology options for salmon farming in British Columbia, with a particular focus on technologies that reduce interactions between aquaculture and the environment, and any potential impacts on wild salmon. Areas of study will include land-based and ocean-based closed-containment, as well as offshore aquaculture production systems.

The Study is being conducted by Gardner-Pinfold Consulting Inc. which will work in close collaboration with an appointed Advisory Committee. The Advisory Committee, which will provide overall guidance for the work, includes representatives from the B.C. First Nations Fisheries Council, Tides Canada, the B.C. Salmon Farmers Association, SDTC, the Province of BC and DFO.

The commencement of this study fulfills part of the commitment to a new federal approach announced by Minister Wilkinson in December. It also addresses a key recommendation of the B.C. Minister of Agriculture’s Advisory Council on Finfish Aquaculture which recommended a study to examine the feasibility of using new technologies for expanding sustainable and environmentally responsible salmon farming production.

Results from the study announced today are expected to be released to the public during the summer of 2019.

It is expected that the study will include: