NotCo expands into Canada with launch of NotMilk 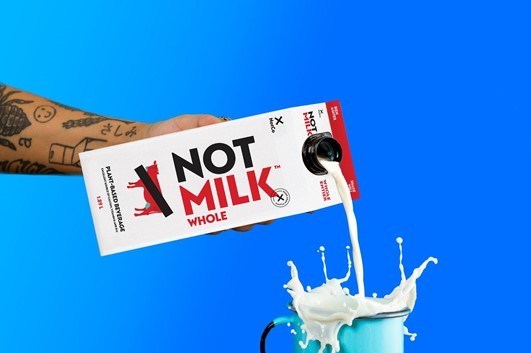 NotCo, a food tech company, is expanding into Canada with the launch of NotMilk. Its 100 per cent dairy-free product is now available at select grocery stores across British Columbia. It will soon make its debut in IGA and Metro grocers across Quebec and Ontario.

“The growing popularity of plant-based products, including and especially in Canada, is an exciting trend but we know many consumers still struggle with the compromises in taste and experience of dairy-free milk. We’re here to change that once and for all,” says NotCo CEO & founder Matias Muchnick. “That’s the power of introducing a new technology – our artificial intelligence and our team of chefs and food scientists – to an obsolete system. You add a whole new world of innovation and can deliver a plant-based milk that actually tastes like milk.”